Interestingly, Sangram’s father-in-law is Shivaji Kardile, who is the sitting BJP MLA from Rahuri in Ahmednagar. 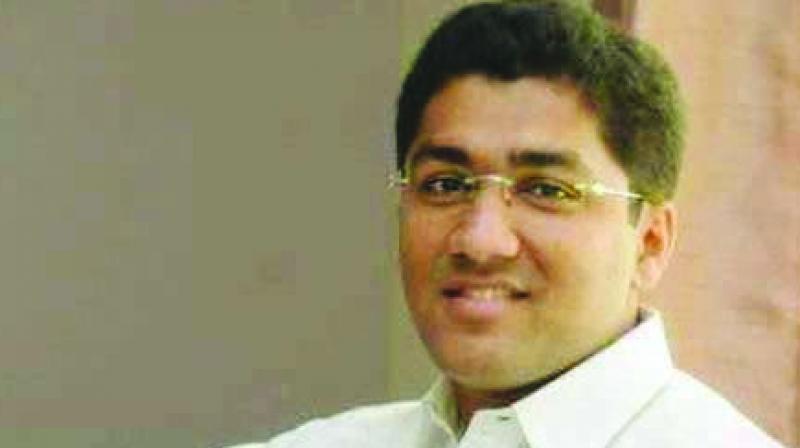 This seat has become an prestige issue for the NCP. A senior NCP leader said that the party was trying to consolidate all anti-BJP factions for its candidate Sangram, and ensure his victory in Ahmednagar.

Earlier, the party had decided to give this seat to his father Arun Jagtap, who is a member of the Legislative Council (MLC) and senior NCP leader. As the BJP has fielded a you-ng candidate Sujay Vikhe-Patil, the NCP changed its mind at the eleventh hour to have a level playing field with the BJP.

Interestingly, Sangram’s father-in-law is Shivaji Kardile, who is the sitting BJP MLA from Rahuri in Ahmednagar. The NCP has so far declared 17 candidates.

Mr Vikhe-Patil said that Sangram would win the Ahmednagar Lok Sabha seat. He said that those Congress leaders who believed in the ideology of alliance, perpetrated by Rahul Gandhi and Sonia Gandhi, would certainly help the NCP candidate.

A senior NCP leader, requesting anonymity, said that Mr Kardile would support his son-in-law, as he did not get importance in the BJP. Moreover, Mr Kardile, who had contested the 2009 Lok Sabha election and lost, due to infighting in the Congress party precipitated by Radhakr-ishna Vikhe-Patil, left the NCP a decade ago. Mr Kardile is now willing to settle the score from Vikhe-Patil’s family.

All the leaders across the party lines in the district have been united to defeat Dr. Sujay Vikhe-Patil. The sitting BJP MP Dilip Gandhi’s camp would also help Sangram, the NCP leader claimed.