Madha was offered to Vijaysinh: NCP

Sharad Pawar had made it clear that since his Rajya Sabha tenure was still left; Vijaysinh should contest from the Madha seat. 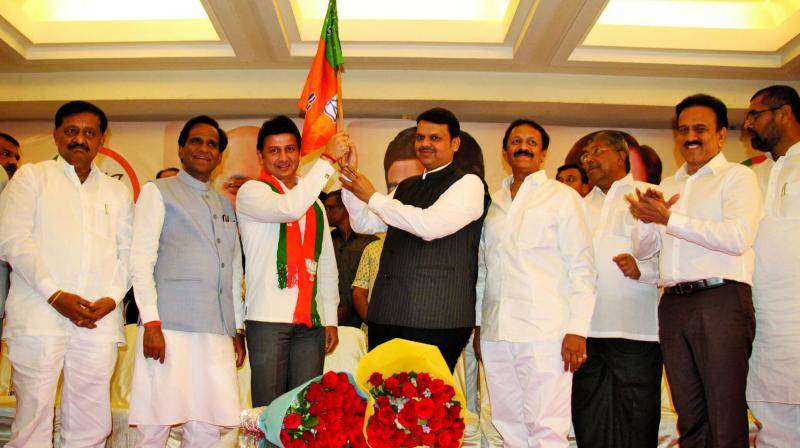 Mumbai: Nationalist Congress Party (NCP) leader Ajit Pawar on Thursday revealed that the party had decided to re-nominate current MP Vijaysinh Mohite-Patil from the Madha constituency for the forthcoming Lok Sabha polls. However, Vijaysinh did not respond by keeping his phone switched off, he added.

“Vijaysinh was a senior leader of the party and we needed him in the Lok Sabha. Hence, we decided to re-nominate him from the Madha seat. Several senior party leaders, including state chief Jayant Patil, tried to contact him, but he did not respond by keeping his phone switched off,” said Mr Pawar. He was speaking at the party workers’ rally in Pune district.

Sharad Pawar had made it clear that since his Rajya Sabha tenure was still left; Vijaysinh should contest from the Madha seat. However, Vijaysinh insisted on a different candidate. But the person he suggested was facing opposition from MLAs from other constituencies except Malshiras, said the NCP leader.

“We even held discussions with Sujay Vikhe-Patil over the Ahmedn-agar seat. But I don’t know where things went wrong,” said Mr Pawar.

Vijaysinh’s son Ranjitsinh Mohite-Patil joined the BJP on Wednesday, dealing a blow to the NCP. However, the party downplayed his exit, saying that the development would not affect its poll prospects in Madha. NCP state president Jaya-nt Patil also termed the incident “unfortunate”.

Mr Patil added, “The development won't have any bearing on the NCP’s poll prospects in Madha. We will give a strong candidate in Madha and win the seat again. We will burst chief minister Devendra Fadnavis’ bubble of illusion about winning this seat.”

He also said that the final picture on seat-sharing between the Congress and NCP would be clear by March 23.

Differences between the two parties with regard to four seats and delays in finalisation of seats to be allotted to smaller parties had been reportedly holding back the formal announcement of the poll agreement.