The doctors also want the immediate implementation of the ‘two-relatives-per-patient’ rule. 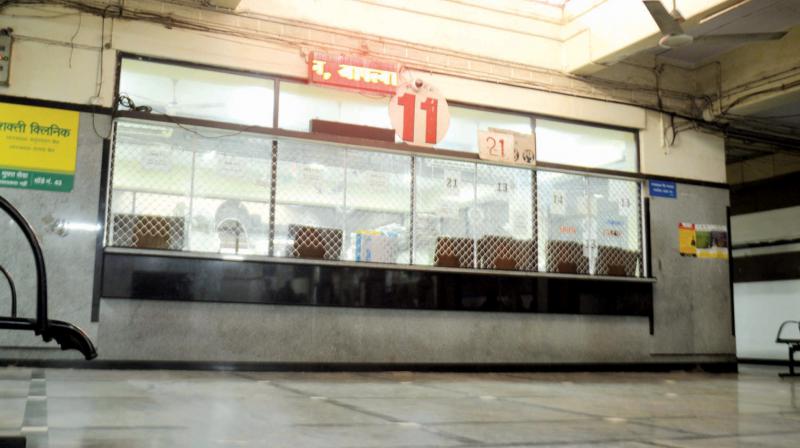 Mumbai: Scores of patients have been turned away from the city's civic-run hospitals and more than 400 surgeries were postponed, owing to about 1,800 doctors and members of the Maharashtra Association of Resident Doctors  (MARD) going on mass leave in the wake of a spate of attacks on medicos.

Aggrieved patients and their kin said the hospital staff had told them to follow news updates and only then return. Only emergency patients are being treated, and out patient departments (OPD) are completely closed.

The protest, which entered its second day on Tuesday, was triggered by an incident where a doctor in Dhule lost his vision in his left eye following an alleged brutal assault by relatives of a person whom he could not treat.

It was one of five such cases reported across the state in the last two weeks.

The main demands of the striking resident doctors include better security, the appointment of armed personnel and an alarm system to alert about trouble  makers.

The doctors also want the immediate implementation of the ‘two-relatives-per-patient’ rule.

Throwing light on the fears of resident doctors, Dr Narish H.R. from Nair Hospital said, “We are mentally disturbed and unable to focus on our work in such a scary environment. There has been an alarming number of assaults on on-duty doctors and the frequency of such incidents is jarring.”

Referring to a meeting attended by doctors and the mayor on Monday, the doctor said that civic officials’ assurances about providing security to health professionals were inadequate. “They have given us assurances, but no changes have been implemented on the ground. The mass bunk will continue,” he said.

On Monday, mayor Vishwanath Mahadeshwar said the Brihanmumbai Municipal Corporation (BMC) had spoken to the director general of police to provide 400 armed police officers to civic hospitals from Saturday.