The memorial was inaugurated on Sunday by Union minister Nitin Gadkari. 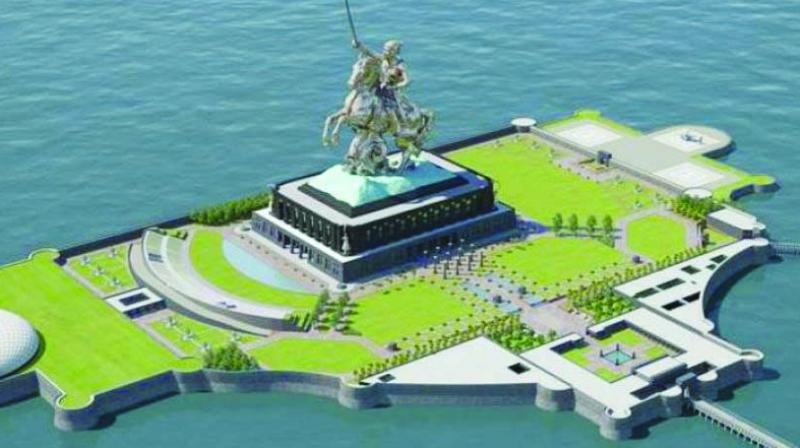 Shivaji memorial off the Arabian Sea.

Mumbai: The Shivaji Maharaj Memorial, also known as the Shiv Smarak, which has been constructed on the Dastan Phata wetland by the Jawaharlal Nehru Port Trust (JNPT), lacks official permission for excavation, a Right to Information (RTI) query has revealed.

The memorial was inaugurated on Sunday by Union minister Nitin Gadkari.

The official response under the RTI Act by the office of the tehsildar and executive magistrate of Uran, Raigad district, stated that the JNPT had not sought any permission for excavation at the wetland. Activist Nand-akumar Pawar, head of the NGO Shree Ekvira Aai Pratishthan (SEAP), filed the RTI application.

The Bombay high court-appointed mangrove monitoring committee had earlier directed that the reclamation work being carried out at Dastan Phata wetland be stopped.

“I am aware of the importance of the Shiv Smarak but what is the need to destroy the livelihoods of fishermen who find some source of income in this wetland? Chhatrapati Shivaji Maharaj would never have agreed to such an idea as livelihoods are more important,” said Mr Pawar.

“We support the Shiv Smarak idea but not at the cost of destroying the environment. This could have been built elsewhere. What is the need to destroy for development?” said BN Kumar, director of Nature Connect.