The Jalyukta Shivar was unscientific and its bluff had been exposed by nature itself. 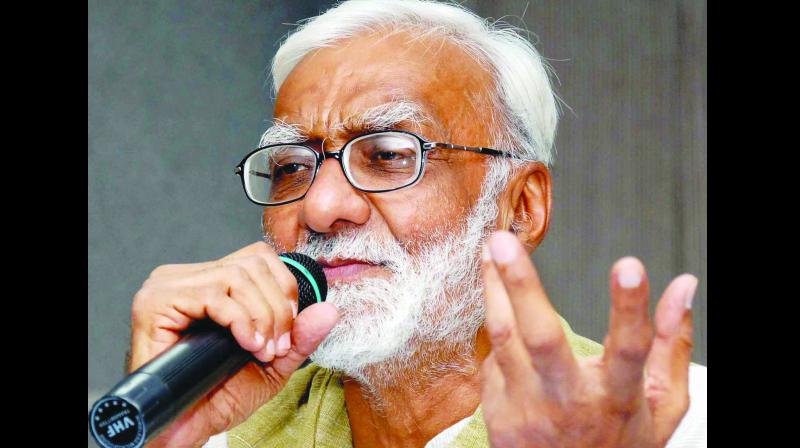 Mr Desarda, a former member of the Maharashtra State Planning Board, was addressing a press conference arranged by the Maharashtra State Drought Redress and Elimination Board, a civil NGO, Thursday. Stressing that river widening and broadening work over 3,500km of different rivers in the state had interfered with the ecological topography, he said. “We will see the cumulative adverse effects of this very soon. Water shortage in rural Maharashtra was not just because of the deficient monsoon but also due to failure of public policy and lack of management of water resources.”

Drought was a part of the natural cycle but famine was a result of failure of public policy, he said. The Jalyukta Shivar was unscientific and its bluff had been exposed by nature itself. He said that the scheme was causing huge ecological destruction as heavy machinery had been deployed to carry out works across river basins.