Mr Ghurgule ferried around 70 people on Tuesday to and fro from polling booths to their home. 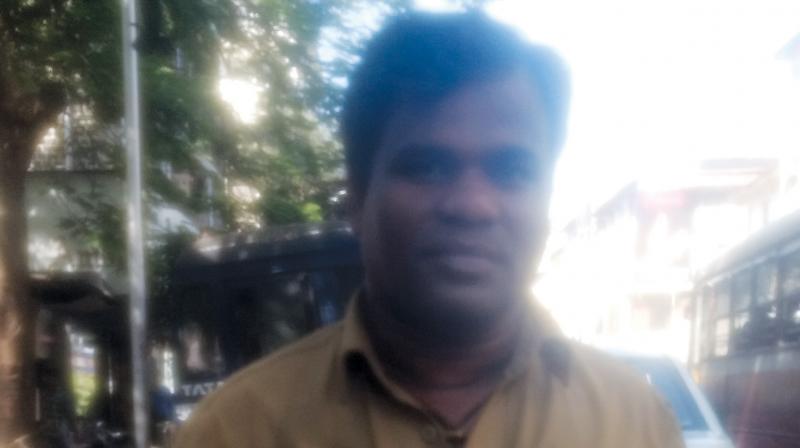 Mumbai: Ankush Ghurgule, a 34-year-old cab driver, offered a Rs 10 waiver to those passengers who exercised their votes in the civic polls on Tuesday. Mr Ghurgule, who is a resident of Girgaum, set out early in the morning ferrying people to and from the polling booths. Later in the day, at around 3 pm, Mr Ghurgule even took out around 90 minutes from his otherwise hectic work schedule to travel to his polling booth and cast his vote.

Mr Ghurgule set out from his house in a chawl in Girgaum area at 8 am and went to the nearest poll booth. From there, he ferried the first few voters who were leaving after casting their vote. The fare was Rs 52 but Mr Ghurgule  charged them only Rs 42 — because they had voted.

“It is our duty and a right given to us by the government. Why should one waste such an important right?” Mr Ghurgule said. When asked why he gave a discount, he said, “Why not? Don’t we get a special offers during Diwali and Ganpati? Then why shouldn’t there be offers for voting?”

Mr Ghurgule ferried around 70 people on Tuesday to and fro from polling booths to their home. He said that he also got about 40 passengers who were just going shopping. “I asked them whether they were going to cast their vote and they said why should we. They were of the opinion that the situation of the city won’t get better so there was no point in them voting. I tried explaining to them that the change and fall was in their hands but they then asked me to mind my own business,” he explained.

He added that it should be “everybody’s business” if a person they know has not cast his vote. “To get this simple right we had to fight so much for so many years. And now that we have it, we don’t respect it,” he said.

The cabbie, who faced a loss of at least Rs 300 in the first half of the day, said he had no complaints. “I am going to park my vehicle now and walk to my polling booth in Charni Road,” he said.