The BJP has to depend upon Mr Rane if wants to take on the Sena in the region. 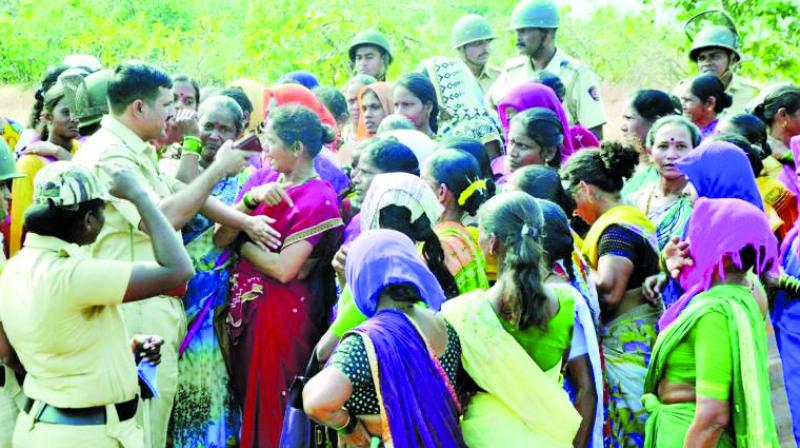 Mumbai: In the wake of controversies over the Enron and Jaitapur projects, the proposed Nanar refinery is proving to be the next headache for the Bharatiya Janata Party (BJP).

The Shiv Sena has been leading local protests against the project, which compelled National Democratic Alliance (NDA) ally Narayan Rane also to oppose it too because his party, the Maharashtra Swabhimaan Paksh, will contest the elections next year.

The BJP does not have a political hold in Ratnagiri and Sindhudurg regions. Local Shiv Sena MP Vinayak Raut lashed out at Mr Rane over refinery issue alleging, “Rane is opposing it now because the BJP is not giving him entry in the Cabinet. It is a pressure tactic.”

Unlike the BJP, the Shiv Sena is a force to be reckoned with in the Konkan.

Considering the fact that they may not be an alliance with the Shiv Sena in the next year's Lok Sabha and Assembly elections, the BJP had created ties with Mr Rane, who had quit the Congress. Mr Rane has some influence in Ratnagiri and Sindhudurg.

The BJP has to depend upon Mr Rane if wants to take on the Sena in the region, but its ambitious projects - which are facing opposition - have created hurdles for it.

Mr Rautm who is leading and participating in agitations against the Jaitapur and Nanar projects slammed Mr Rane, stating, "Where was he for the last few months when Shiv Sena was supporting local residents? He wasn't included in the Cabinet so he is supporting agitators to pressure the BJP.

Mr Rane was supporting a coal-based power project at Girye and pressurised residents. But that project was cancelled."