One tree for every four persons: BMC census

According to an Indian Institute of Science (IISc) report from 2014, the ideal ratio tree-human ratio should be seven trees for every person. 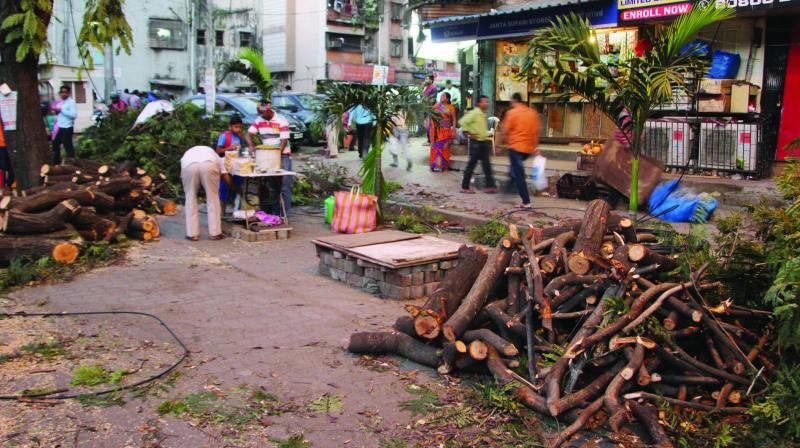 Countries like US and China have 716 trees and 102 trees for one person respectively, according to a 2015 study.

Mumbai: The tree census data by the Brihanmumbai Municipal Corporation (BMC) has recorded 29.75 lakh trees in the Greater Mumbai region. According to the census figures of 2011, the city’s population stood at 124.78 lakh, which makes it one tree for every four persons. Environmentalists have raised their concern at the alarming tree-human ratio in the city, asserting that there is a grave need to preserve the green cover in the city.

According to an Indian Institute of Science (IISc) report from 2014, the ideal ratio tree-human ratio should be seven trees for every person. “Gandhinagar in Gujarat has four trees per person, Nashik has two trees for every person,” said Mr T. V Ramachandra, professor at IISc and coordinator at the Energy and Wetlands Research Group. However, India stands among the countries with the lowest tree-human ration with one person for 28 trees. Countries like US and China have 716 trees and 102 trees for one person respectively, according to a 2015 study.

“The fact that there is only one tree for four persons shows that we need to preserve whatever tree cover we have. The civic authorities need to be more sensitive towards the scarce green cover while giving tree removal permissions,” said Zoru Bhathena, an environmental activist.

Apart from 29.57 lakh trees recorded in Mumbai, the Aarey Colony, also known as the city’s green lungs, recorded 4,84,761 trees. Environmentalists have also highlighted that the city’s green spaces are limited to one or two areas, depriving the larger city with sufficient green cover.

“A larger bulk of the green cover or the forest cover comes from Aarey Colony that is spread over around 12 square kilometres and the Sanjay Gandhi National Park (SGNP) that measures around 45 sqaure kilometres,” said Stalin Dayanand, Project Director, Vanashakti.

However, the BMC’s garden department stated that there has been a significant increase in the tree cover of the city as the 2008 tree census recorded 19.17 lakh trees. “The BMC has been carrying out plantation drives regularly. We have been planting 10,000 trees every month as a long term measure, among other solutions. Moreover, the city is also dealing with increasing population and lack of space to plant trees,” said Kishor Kshirsagar, deputy municipal commissioner.