According to the lawyer, 37 FIRs have been filed since 2011 against builders. 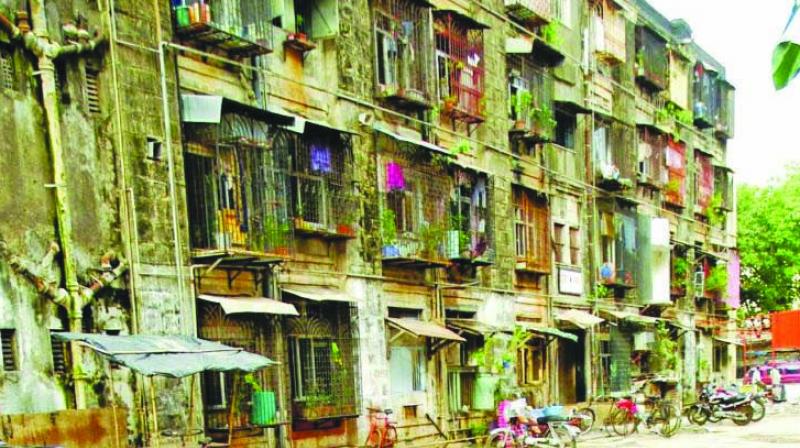 The MHADA gives cess buildings for redevelopment to private builders.

Mumbai: The Bombay high court on Wednesday asked Maharashtra Housing and Area Development Authority (MHADA) to come up with suggestions for a mechanism so that it could recover its share from developers who develop buildings under certain schemes but don’t give MHADA its share.

The division bench of justices Naresh Patil and Nitin Sambre asked the MHADA to come up with some suggestions while hearing a PIL filed by activist Kamlakar Shenoy. According to Mr Shenoy, under DCR 33 (7) and other related rules, MHADA gives cess buildings for redevelopment to private builders.

As per the rules, the developers redeveloping these buildings are required to surrender part of redeveloped property, in a set percentage, to MHADA. However, the builders with support of MHADA officers do not hand over the property to MHADA because of which it has suffered a loss of more than Rs 2,000 crore.

On Wednesday, Mr Shenoy’s lawyer further alleged that MHADA is claiming before the court that it has not received their share from many builders as the buildings are still under construction but according to the petitioner, there are instances where construction has been completed but builders have sold rooms, which were supposed to be given to MHADA, to people who do not have knowledge about these technicalities and are therefore cheated.

MHADA’s lawyer, however, informed the bench that so far it has not only received its share, more than what it was supposed to get, but also received Rs 38 crore as penalties from builders who failed to give property less than they were supposed to give. According to the lawyer, 37 FIRs have been filed since 2011 against builders who failed to give MHADA’s share even after the completion of the work.