The shop had built an illegal mezzanine floor to accommodate the workers, who were sleeping when the fire broke out. 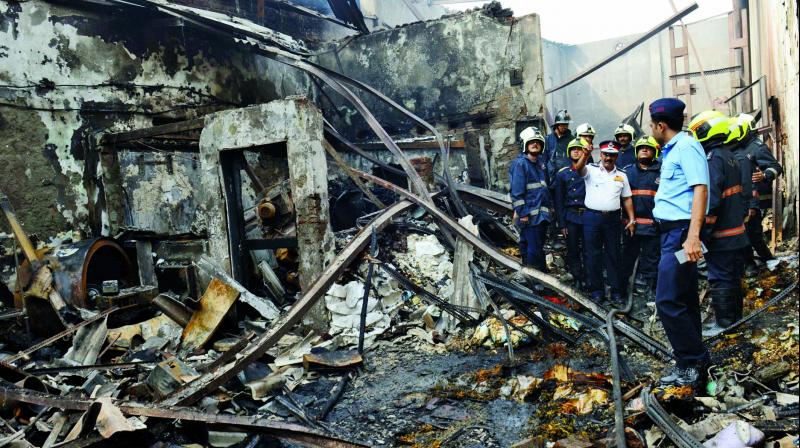 Mumbai: The Sakinaka police, which is probing the death of 12 workers in a fire that broke out at a farsan shop on Monday, has said it is investigating whether there were any lapses on the part of Brihanmumbai Municipal Corporation (BMC) officials. The police has also asked the civic body to submit its report within 15 days over the norms breached by the shop owner.

The shop had built an illegal mezzanine floor to accommodate the workers, who were sleeping when the fire broke out.

It was caused by a short-circuit, but the presence of illegally stored inflammable articles, including gas cylinders, which aggravated the blaze, according to the police.

On Tuesday, Ramesh Bhanushali, the farsan shop, was remanded to five days of police custody by the Andheri court. He was arrested for building an extra floor illegally and not following fire safety norms.

DCP N. Reddy said, “It’s the BMC’s responsibility to conduct an inquiry and submit a report. We are conducting our probe. Once we get that report we will see what needs to be done.”

A Sakinaka police official said, “It is the shop owner’s fault as he stored inflammable liquids in such a high quantity. Also, he didn’t have any fire extinguisher. He had done several illegal works, and he is totally responsible for the death of 12 workers.” He added that BMC should have demolished it.