On last hearing, the court directed the state to formulate a policy on regulating protests in Mumbai so that traffic remained unaffected. 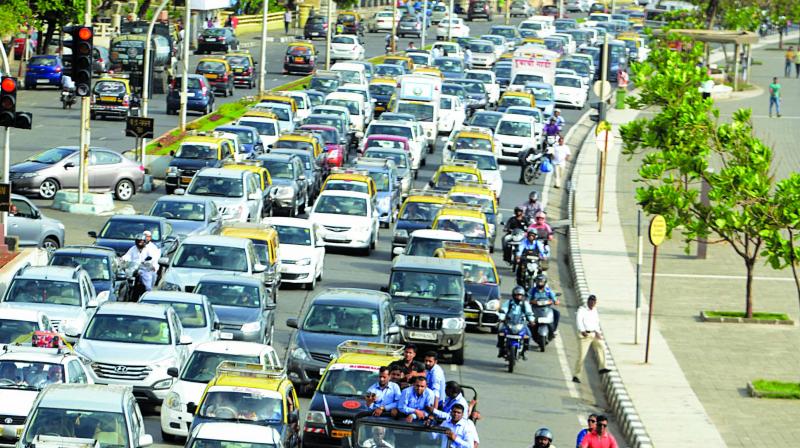 Mumbai: The Bombay high court on Tuesday asked the state government to file its affidavit by February 7, detailing measures that need to be undertaken to regulate traffic during protest marches and rallies in the city so that vehicular movement remains unaffected.

A division bench of Justice V.M. Kanade and Justice Nutan Sardesai was hearing a petition filed by the Nariman Point-Churchgate Citizens’ Association and others adversely affected by morchas. The petitioners on Tuesday informed the court that when Hyderabad university student Rohit Vemula died, a protest rally was organised from Byculla to CST during which south Mumbai faced a six-hour-long traffic jam.

The petitioners also showed the bench some photographs of that protest following which, the court asked for arrangements to be made.

The state government meanwhile submitted that while it put up barricades in and around the maidan during morchas and arranged for security, it was “difficult to control the starting point of these morchas and protests”.

The state government also submitted that it had conducted a meeting with a court-appointed committee to address traffic woes around Churchgate during protests and the committee had decided it would “arrange for free parking space” for participants as citizens had a right to peaceful assembly. On last hearing, the court directed the state to formulate a policy on regulating protests in Mumbai so that traffic remained unaffected and the general public was not inconvenienced.

Petitioners’ lawyer, S.C. Naidu argued that though the procedure for terminating morchas and dharnas at Azad Maidan was based on HC’s interim order dated December 8, 1997, the government was yet to come out with a proper policy.