BMC schools can get repairs done in 24 hours

BMC has allotted a token amount of Rs 1 crore to every zone specially for bettering the infrastructure of the schools. 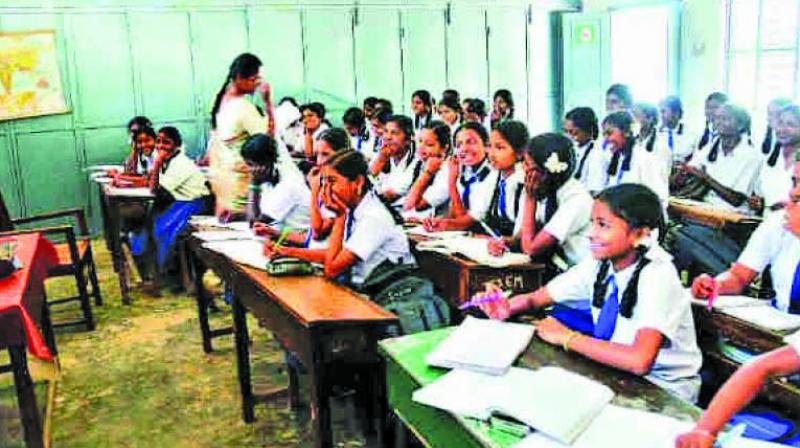 The BMC has allotted a token amount of `1 crore to every zone specially for bettering the infrastructure of the schools.

Mumbai: From now on, if Brihanmumbai Munici-pal Corporation (BMC)-run schools have any kind of repair work in their school, it shall be repaired within 24 hours by the ward-level engineers.

Till now, if a school has to undergo repair work, the principal of the school should write an application to the BMC who will first pass it in a meeting, float the tender and then award the contract work. This process takes more than four months.

“By the time the request is approved and the repair work starts, another crack develops in the school. Schools won’t have to go through these troubles anymore as now the ward-level engineers, councillors or even I can get the work done without any legalities of tender or approval,” said Mahesh Palkar, the BMC’s education officer.

Along with this, the BMC has allotted a token amount of Rs 1 crore to every zone specially for bettering the infrastructure of the schools. “We have a total of seven zones in the city, which have been allotted Rs 1 crore each. This amount can be reduced or increased (till Rs 5 to Rs 6 crore) as per the demand decided by the ward-level engineers,” Mr Palkar added. Parents go for private schools as they feel their children are not safe in municipal schools. “I decided to enrol my child in a private school as the civic school he was in had a weak ceiling, which can fall anytime. Though the school promised us parents that repair work would start, it never happened for almost a year,” said Seema Patil, a parent.

The BMC’s latest move is an effort on its part to focus on the infrastructure of its schools as a majority of them are in a bad state. According to a Praja Foundation report, around 34 per cent parents in the city are unhappy with the infrastructure facilities of the municipal schools. This has led to an increase in dropout rates in these schools.