Local resident Marc Alsteens, who made the call, had saved the bird from a crow’s attack. 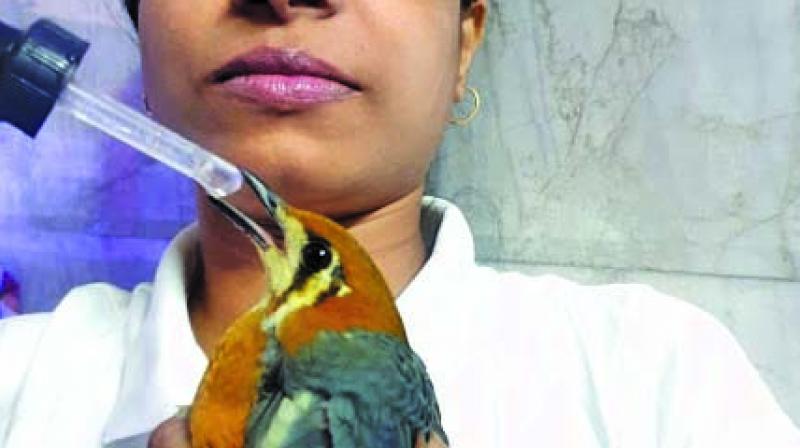 Local resident Marc Alsteens, who made the call, had saved the bird from a crow’s attack.

Veterinarian Rahul Meshram, who treated the colourful bird, said, “Since crows were violent, it was scared and found in a dehydrated condition. It was given Electral and fruit juice. We will consult a medical expert and keep it under observation.”

The honorary wildlife warden of state forest department, Sunish Subramanian, said the forest department had been informed about keeping the thrush under observation, as advised by the veterinarian, and it would be released into its natural habitat once it is fit to fly.

“The orange-headed thrush is omnivorous and eats a wide range of insects, earthworms and fruit. It nests in trees but does not form flocks. The male of the species has uniform grey upperparts, and an orange head and under part. The females and young birds have browner upperparts.”

The bird is common in well-wooded areas of the Indian subcontinent and Southeast Asia. Generally, it’s found in residential areas. The species shows a preference for shady damp areas.