No beautification of bridges without audit 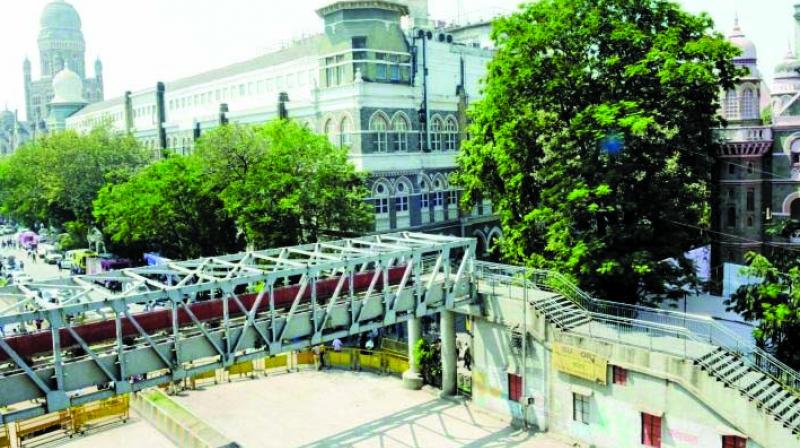 The civic body also said that all commissioners would be told to undertake a drive to remove encroachments above and below bridges.

Mumbai: The Brihanmumbai Municipal Corporation (BMC) on Friday informed the Bombay high court that beautification work relating to bridges would not be allowed without a prior structural audit.

In an affidavit, filed before a bench comprising Chief Justice Pradip Nandrajog and Justice Bharti Dangre, the BMC said that all assistant commissioners would be directed to remove advertisement boards and mobile Internet towers installed on bridges.

The civic body also said that all commissioners would be told to undertake a drive to remove encroachments above and below bridges.

The affidavit comes in response to a petition filed by an activist, Shakeel Shaikh, who had requested the court to direct the BMC to repair bridges and establish an in-house committee of structural auditors to monitor bridges in the city.

Mentioning the steps taken to ensure the safety of bridges, the affidavit stated that eight bridges had been demolished in Mumbai and tenders were invited for their reconstruction.

The civic body said that structural auditors had already re-examined several bridges and foot-over bridges in the western and eastern suburbs.

The affidavit noted that IIT and VJTI had been requested to carry out structural audits for major repairing projects.

On the point of constituting an in-house audit committee, the affidavit stated that a team under the chairmanship of the chief engineer had been appointed while two more members would soon be recruited.

The affidavit also threw light on the selection process of structural consultants.

The affidavit stated that the policy for the selection of structural consultants will soon be decided with stringent pre-qualification criteria in consultation with recommendations provided by a high-level committee appointed by Mantralaya after studying latest available international courses like ASSTO, EURO etc.

Pre-qualification criteria for contractors will be reconciled and priority would be given for those with experience of working on bridges, the affidavit added.

Eventually, the civic body’s affidavit stated, the powers of chief engineers of bridges will be upgraded after consultations with higher authorities.