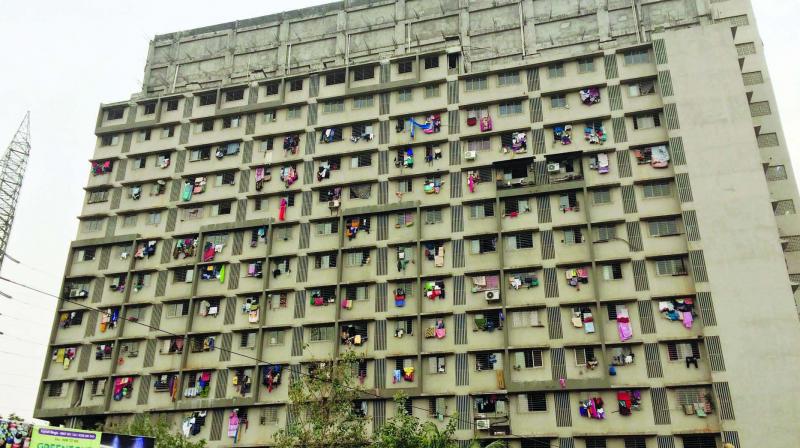 The data is gathered by the authority to detect the number of slum dwellers eligible for rehabilitation.

Mumbai: Nearly 40 per cent of the houses allotted to people under the Slum Rehabilitation Authority (SRA) scheme have been found to be occupied by illegal tenants,according to a survey conducted by a committee headed by the additional collector.

The committee surveyed 86,429 tenements in various SRA schemes, of which 30,564 were prima facie illegal occupants. “People often rent out the houses they get under the SRA scheme or they sell the flats to a third person.

The SRA is responsible and needs to check such illegal entrants but it has failed to take action against them. The tenants sell their flats and again go back to stay in slums. This continues to go on in the city,” said Ramesh Prabhu, an advocate and housing activist.

A senior SRA official had stated that the Bombay high court had ordered the authority to carry out such a survey in the past.

The directive was given in July this year, wherein the state was directed to form a committee. The findings of the survey came to light during the hearing of a PIL filed by a Shaikh Abdul Rahim, who alleged that members of society have illegally transferred and sold their tenements in the slum rehabilitation project contrary to the provisions of the slum scheme act.

The PIL was heard by a division bench of Justices R.M. Sawant and K.K.Sonawane. Further, the HC has directed the authority to come out with a proposal in order to take action against those who are illegally occupying flats under the SRA scheme.

Meanwhile, to weed out ineligible claimants, the SRA had begun a project using biometric survey to assess the number of slum dwellers in the city. The data is gathered
by the authority to detect the number of  slum dwellers eligible for rehabilitation.

So far, three lakh huts have been numbered while the work on two lakh remains. In the HC hearing in July, the court had directed the authority to find out  if record  of protected   occupiers is maintained.