It was in June that the state made it mandatory for junior colleges for both science and commerce streams to install biometric systems. 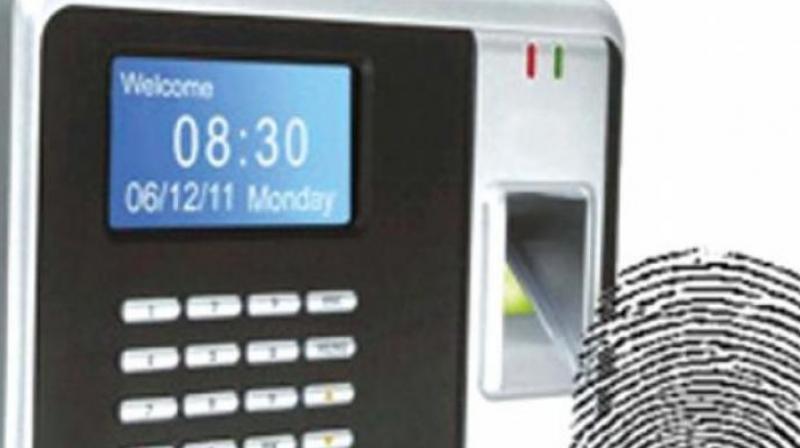 MUMBAI: The state education department is considering starting inspection in all junior colleges in the city to check whether or not they have installed a biometric system to maintain the students’ attendance record. For colleges installation of biometric systems is still underway as they have been busy with Class 11 admissions.

It was in June that the state made it mandatory for junior colleges for both science and commerce streams to install biometric systems. The move aims at keeping track of students and cracking down on integrated courses. As per the department circular, lower-level officials have been asked to carry out inspection, report on how many colleges have or haven’t installed the system, and submit the same to the state.

Rajendra Ahire, deputy director of education (DyDe), said, “We have sent notices to all colleges, asking them to send a report on what is their status regarding biometric attendance. I’ve personally sent two such notices and probably, we will send another one on August 21 before starting inspection.”

Sources close to the department said that they will “soon” start inspection, as stated by the circular. “All colleges should have a biometric attendance system for students before July end,” said a source.

A principal of a Churchgate-based college said, “We are still working on installing the system but it is not easy. We have to collect the names of all the students, their streams and fingerprint details before merging it. As soon as the FYJC admissions are done, we will start this.”

While another principal said, “It is almost done. Now, we have to only start operating the device.”

In integrated coaching, colleges enter an arrangement with private coaching centres in which students don’t have to bother attending college lectures. Hence, from this academic year, integrated courses have been banned.