The 350ft-tall statue will be constructed on the 12 acres land of defunct Indu Mills in Dadar. 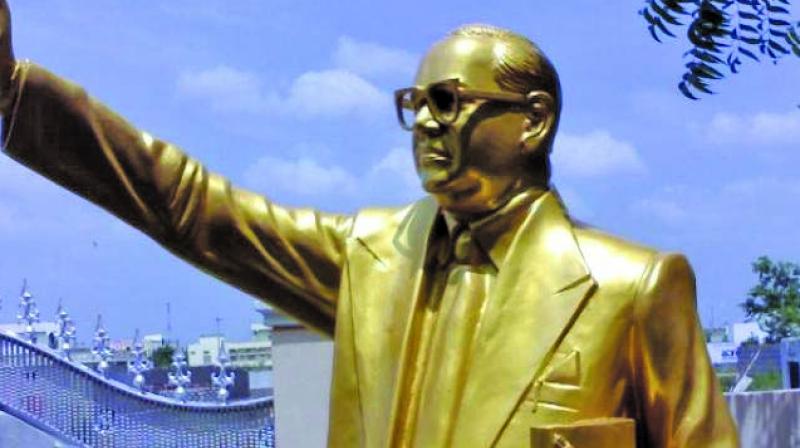 The total cost of the project is Rs 709 crore and is being implemented by the Shapoorji Pallonji group.

Mumbai: The 350-feet tall Ambedkar memorial got height clearance from the Airport Authority of India (AAI) recently. The no objection certificate (NOC) would be valid up to 2026. The NOC had mentioned height elevation of five metres by the Mumbai Metropolitan Region Development Authority (MMRDA), which has been approved. However, the project is yet to receive an NOC from the Coastal Regulatory Zone (CRZ) department. Nearly, 40 per cent of the project land is under CRZ.

“We received the NOC from AAI and therefore the memorial project can be continued with the proposed height,” said a MMRDA official working closely with the project. The clearance granted by AAI allows the authority to construct upto 144.95 meters i.e. 470ft. The NOC restricts to installation of any kind of lights at the site, during or after the completion of the project. The lights may cause confusion with the aeronautical ground lights and lead to unsafe flight operations, states the NOC.

The 350ft-tall statue will be constructed on the 12 acres land of defunct Indu Mills in Dadar. The total cost of the project is Rs 709 crore and is being implemented by the Shapoorji Pallonji group. Meanwhile, foundation work of the statue cannot be commenced without the CRZ approval.

The Asian Age had reported in its July 23 edition about the delay in construction of statue as the authorities were awaiting the Centre’s approval for the Coastal Zone Management Plan (CZMP).

The CZMP was approved by the centre recently wherein the CRZ has been relaxed to 100 meters from the high tide line. “A meeting will be held on Tuesday with the MCZMA to decide on the CRZ area,” added the official.

The plot size for the memorial is 198 meters out of which 100 meters falls under CRZ, revealed the official. Therefore, currently piling works for the library and research centre, part of the memorial project, has been started.