The Mumbai police asked people to report incidents on Twitter. 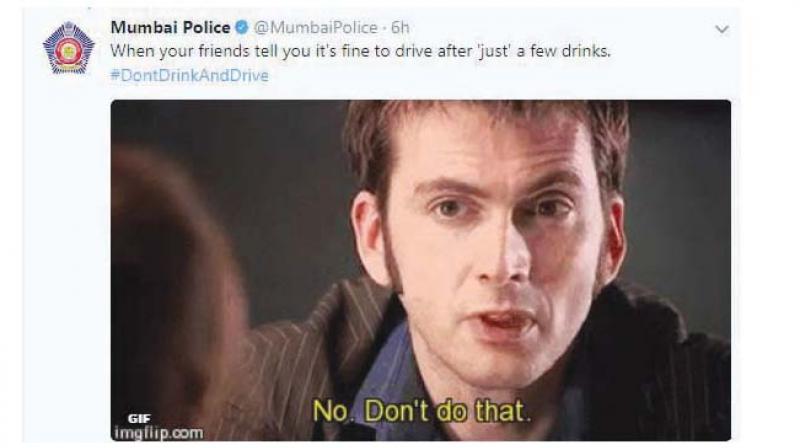 A police official said, “This comes after a revolutionary boost on social media, where everyone is tech savvy and has an urge to update everything on a social networking website. The police now asks people to get going on Twitter too and report the incident immediatey.”

From making pop culture references to cracking jokes as a means of sending across serious socially relevant messages to people, the Twitter team of the police department has proven to be witty. The Mumbai police’s Twitter handle has helped many Mumbaikars to share their ordeal, and the police has acted quickly by posting a reply to the tweet immediately and guiding the complainant with the procedure.

Recently, a social networking website’s user praised the Mumbai police’s Twitter handle for acting promptly and posted a tweet saying, “Great Mumbai Police, now people have begun to believe in you and are sharing their ordeal at the same time”.

Asira Tarannum, a journalist, who was recently stalked by two men, shared her experience about Mumbai police’s quick response to her complaint. She said, “The incident was very shocking, and I was taken aback, but after I gathered the courage to report this, I first posted a picture of the two on Twitter, tagging Mumbai police. Within minutes I got a call from the control room, who guided me to the nearest police station, and made sure that I was safe until I registered the case.”

Ms Tarannum added, “I would request girls who are victims of various crimes to come forward and report these things, and not stay mum, which will simply mean that the accused have gotten away with it.”