Apart from minor brawls between party workers and barring some complaints of bogus voting. 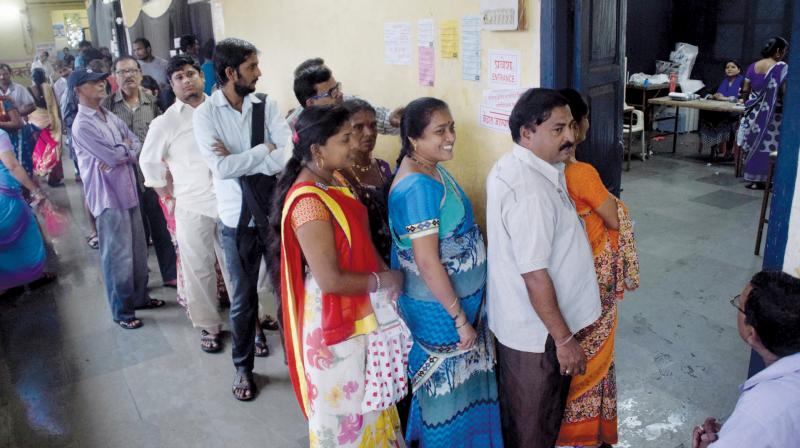 Voters stand in a queue outside a polling booth.

Mumbai: Despite intermittent drizzle and recurring spells of heavy rain throughout the day, the Mira Bhayandar Municipal Corporation (MBMC), which went to the polls on Sunday, recorded around 47 per cent polling. Early trends pointed to a dull turnout of 14 and 26 per cent till 9.30 am and 11.30 am respectively. But as the day progressed the voting percentage also increased gradually and finally the turnout stood at around 47 per cent, which may slightly rise after the exact count of the votes polled.

Hampered by rain, party workers in a bid to enhance their electoral prospects were seen picking up people from their homes and dropping them back after they had cast their votes.

Apart from minor brawls between party workers and barring some complaints of bogus voting, there was an isolated case of police personnel being compelled to use force to disperse a swelling crowd outside a polling station in Bhayandar.