BMC to roll out B(app)a

Much-delayed Ganpati app will be launched this week. 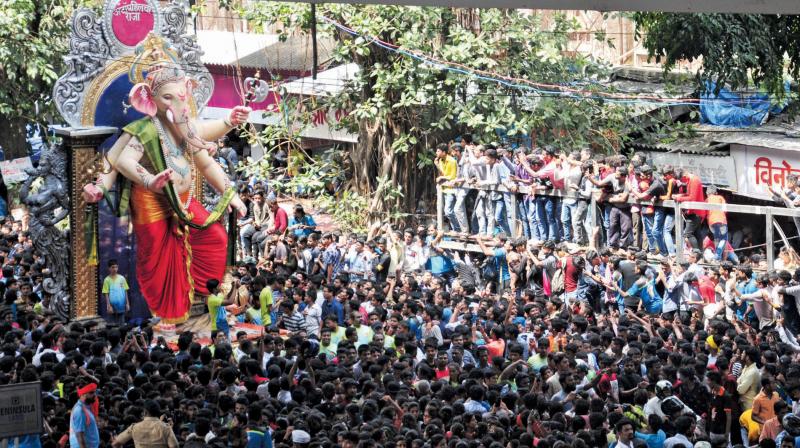 Officials said the app would be available for citizens even for Navratri Mandal permissions.

Mumbai: After a month’s delay, the BMC is set to launch its app enabling the city-based Ganesh mandals this week to apply for permissions for erecting ‘pandals’ and making payments with ease even though Ganesh Chaturthi commences five days later, from August 25. The app is expected to be functional in the coming week, after the final tests are concluded. According to the officials, the app will be available for citizens even for Navratri Mandal permissions. The mandals who have made online applications can utilize the app for making the final payment.

“The name of the app is yet to be finalised, it will be out by Monday or Tuesday for use. Through the app, the mandals can acquire all sorts of permission required and can also make the payment. This means citizens won’t have to meet any BMC officer to get their work done,” said a senior civic official from the IT department. The app is launching very late, as many mandals have started sorting permissions from the Citizen Facilitation Centre (CFCs), which has been arranged at ward level. Also, few mandals have started applying online on the BMC website. “The mandals who have applied online, can now use the app and sought the final permission,” added the official.

According to BMC, through such apps it is trying to facilitate Mumbaikars with ‘faceless service’ wherein the Mumbaikars would not need to meet any BMC officer regarding permissions, thus avoiding chances of bribery in the corporation. According to the official, civic chief Ajoy Mehta has initiated this move. Also, slowly all the civic services will be integrated into a single app, availing the citizens all facilities in the comfort of his home through his smart phone.

“I am relieved that now the app will help mandals for seeking permissions quickly, but it is too late now. We had demanded such a service long back and they are availing it when its only few days left for the festival to begin,” said Naresh Dahibawkar, president of Brihanmumbai Sarvajanik Ganeshutsav Samanvay Samiti (BSGSS).