The schools which did not have buses saw parents picking and dropping their wards from schools. 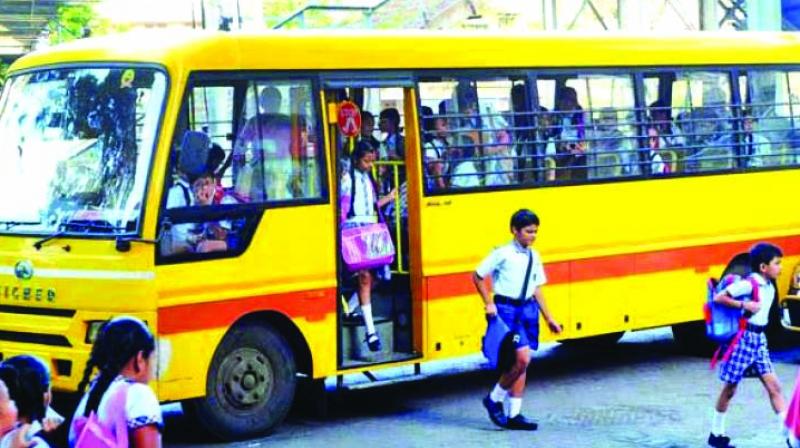 Working parents faced problems about dropping their wards for the afternoon session school.

MUMBAI: After the School Bus Owners Association (SBOA) announced that it would support the national strike called by the All India Motor Transport Congress (AIMTC) on Friday, school buses affiliated to SBOA stayed off the roads even as buses owned by schools continued to ferry students without any interruption. However, principals confirmed that there was no drop in attendance or change due to the strike as everything moved smoothly.

Kalpana Dwivedi, Principal of St. Joseph School Vashi said, “We have our own school buses so there was no problem for us.” But schools that do not have buses and rely on the buses run by SBOA had to face issues.

“Our PTA members informed all the parents about there being no buses on Friday so they were asked to arrange their own transport. The students either used other modes of transport or private vehicles to reach school,” said the principal of a Kandivali-based school.

The schools which did not have buses saw parents picking and dropping their wards from schools.

Working parents faced problems about dropping their wards for the afternoon session school.  Taking into account the safety of children, many schools allowed students to stay back in school late till their parents came and picked them up.