The authorities alleged negligence on the part of the contractor and decided to levy the fine. 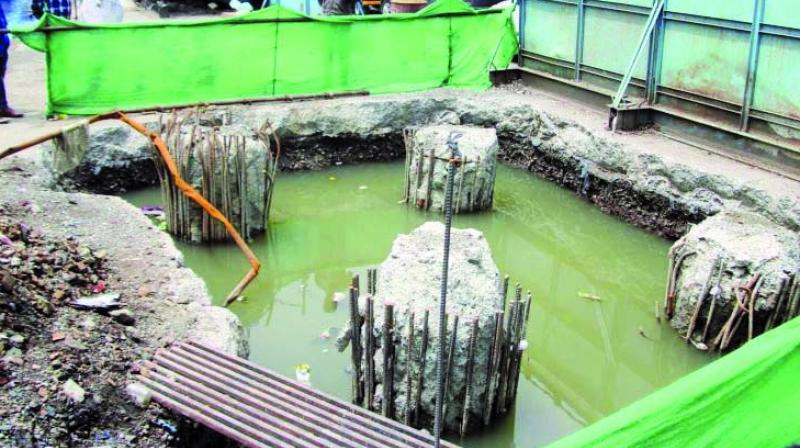 Mumbai: The Mumbai Metropolitan Region Development Authority (MMRDA) has slapped a penalty of Rs 5 lakh on a metro 7 (Andheri east to Dahisar east) contractor, J. Kumar, in the wake of a three-year-old girl dying after falling into a pit in Goregaon last month.

The authorities alleged negligence on the part of the contractor and decided to levy the fine. The compensation will be given to the family of the deceased once the police probe into the death is concluded.

Confirming the same, additional metropolitan commissioner Pravin Darade said, “Last week, we decided to impose a penalty of Rs 5 lakh on the contractor on grounds of negligence. The family will be compensated, but only after the police investigation report is out.”

The incident took place at the metro construction site opposite Oberoi mall in Goregaon east. The deceased girl was identified as Sheetal Mishra, who stayed inside a makeshift tent near Oberoi mall.

According to the locals, the girl slipped inside the pit which was dug for piling work and filled with rainwater. The body was found floating and was rushed to a nearby hospital but she was declared dead.

Jyotsna Vilas Rasam, senior PI of Vanrai police station, said, “The investigation is underway and we will give the report once it is completed.”

“The site was properly barricaded and only a small gap was left for the convenience of workers to move in and out. The pit was covered with a net, too, but only a small portion was left open from where the girl fell into the pit,” said a MMRDA official. We tried to contacting the contractor, but the firm remained unavailable for a comment.