The court had previously ordered the send the EVMs to a forensic lab in Hyderabad. 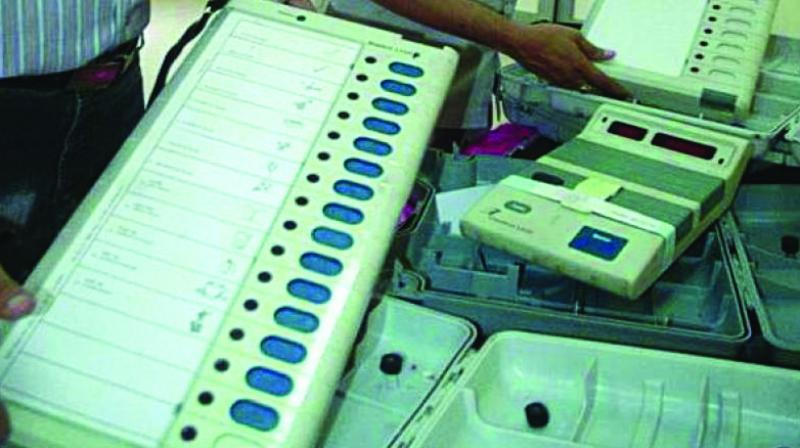 The EC has always refuted all allegations. (Photo: PTI)

Mumbai: The Bombay high court has asked the collector to submit the EVM verification report that has been prepared by the forensic lab in Hyderabad by July 4.

The order was passed after hearing the petition filed by a candidate from Pune who alleged that the EVMs used in the 2014 elections were tampered with.

As per the court's previous order, these EVMs were sent to Hyderabad. The court has now asked the collector to submit the verification report.

The single bench of Justice Mridula Bhatkar was hearing a petition filed by Congress candidate Abhay Chhajed who lost the 2014 assembly elections to BJP’s Madhuri Misal in the Parvati constituency in Pune. Chhajed had alleged that the EVMs used in the constituency were rigged which is why he lost.

The court in a previous hearing had ordered that the EVMs used in the constituency to be sent to a forensic lab in Hyderabad to verify the allegations made by Chhajed.

On Tuesday, when the matter came up for hearing, the counsel for the collector informed the court that the EVMs have been sent to Hyderabad and the forensic lab has informed the returning officer that it has conducted the tests and the report is ready to be handed over to the collector. But, the lab would only hand over the report in person to someone from the collector’s office.

After hearing the submissions, the court allowed the collector to collect the report and directed them to submit the findings of the report along with the their reply by July 4.

The findings of the forensic lab gain prominence in light of the claims made by the Election Commission that the polling mach-ines used by them use advanced technology and it is not possible to tinker with its software.