Min to check all options for AI

NITI Aayog has recommended to the Prime Minister's Office a “complete” privatisation of the airline. 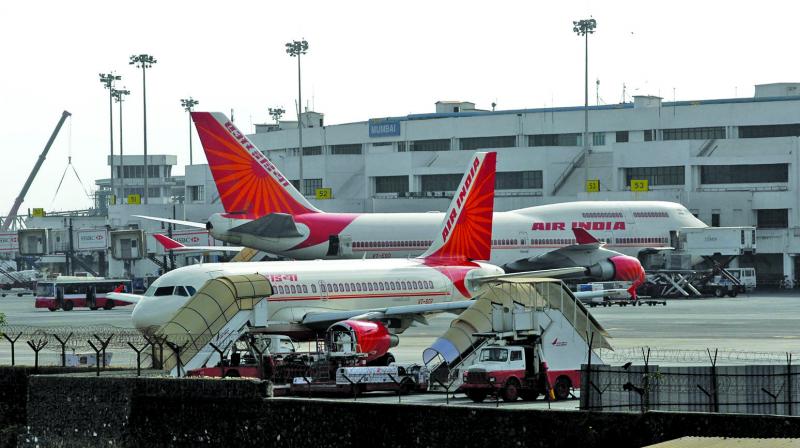 Mumbai: Union Minister Jayant Sinha, who was in Mumbai on Tuesday, said that the civil aviation ministry would finalise norms for the no-fly list in the first week of July. He also said that the government is looking at all the options for revival of the national carrier, including privatisation.

The list will also include people identified as a threat by security agencies but the ban by the committee will not be mandatory for all the airlines to follow.

The minister said that the ministry has received an extremely comprehensive and detailed feedback from stakeholders and they will be working on them.

Speaking on the possible privatisation the national carrier, the minister said that all the options are on the table and it is for the Cabinet to take a decision on how best to move forward. The NITI Aayog has recommended to the Prime Minister's Office a “complete” privatisation of the airline.

However, the topic had caught fire when Finance Minister Arun Jaitely had told that the civil aviation ministry has to look at all possibilities of privatising Air India with the employees coming forward to donate and contribute towards paying off the debts of the carrier. They have even offered to give up their perks.