Claim state government reneged on its promise of ‘loan waiver for all’. 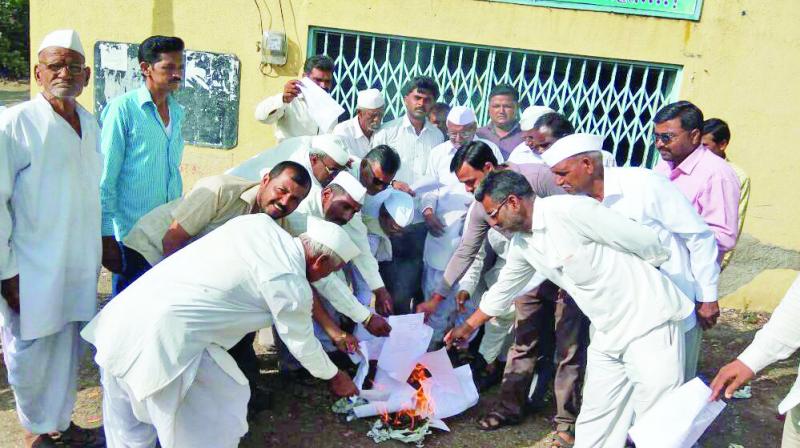 The farmers organisations said that they would burn copies of government resolution on loan waiver in front of tehsil offices in the state on Wednesday.

Mumbai: The farmers’ organisation have decided to continue their protests against the Maharashtra government’s stand of providing loan waiver of up to Rs 1 lakh, provided they were taken prior to June 30 2016. The farmers will continue to agitate despite the state government’s decision to relax the parameters for providing an initial loan of Rs 10,000 on Tuesday. The farmers’ organisations welcomed the state’s decision but said that the government is cheating the farmers as it has reneged on its stand of loan waiver for all. The farmers will gather before tehsil offices across the state on Wednesday to burn government resolution (GR) copy on loan waiver.

One of the core committee members, Ajit Navale, called it as government’s loan waiver a “farce”. “Our original demand was that complete loan waiver would be given to needy farmers. But that is not happening. The state government has come up with this new formula of Rs 1 lakh. It is not acceptable and our agitation to pressurise the government will continue,” said Mr Navale.