Huts over Parsik tunnel to go

The court was hearing PIL filed regarding parsik tunnel. 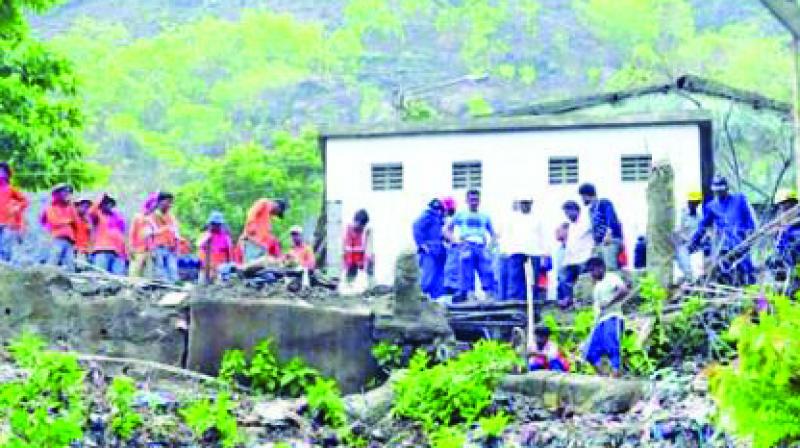 Parsik tunnel is important for ensuring smoothness in the Central Railway traffic.

Mumbai: The Bombay high court on Tuesday rapped the  government and railways for not taking action on the huts above the Parsik tunnel. The court suggested the state that it should consider shifting slum dwellers to another place  which are threat to Railways. The court was hearing PIL filed regarding parsik tunnel.

A division bench of Justice Abhay Oka and Justice Vibha Kankan-wadi  was hearing an application filed by the Central Railway seeking to vacate a July 2016 order of the high court granting stay on eviction of the hutments around the Parsik Tunnel at Mumbra in Thane.

After a landslide in the area last June, the TMC had issued eviction notices to the shanties

The tunnel, that cuts right through the Parsik hill, is an important link for the Central Railway's suburban and long distance lines.

The dwellers had then approached the HC. Later, the HC stayed the eviction notice and asked the Thane civic body to first work out a rehabilitation scheme for the hutment dwellers.

On Tuesday, taking suo moto cognizance of the issue, the court expressed concern over the danger that the Parsik tunnel on the Central Railway line at Mumbra in Thane faces due to over 200 illegal shanties, which have come up around the tunnel.

“Last year, the encroa-chments resulted in a landslide due to which the Central Railway traffic came to a halt. In the past one year, no authority has taken any step to ensure that the incident is not repeated in this monsoon,” he said.

“This is complete sorry state of affairs. The approach of all the authorities appears to be very casual and callous. Each authority is only shifting the blame and responsibility to the other. Nobody wants to take any action,” he observed.