The state government had declared that it would stand as guarantee ahead of the loan waiver. 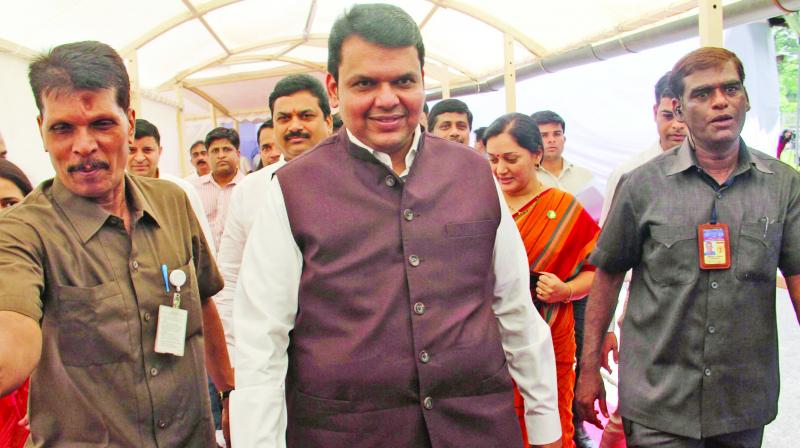 Mumbai: In a bid to clear the confusion over the initial loan of Rs 10,000 to all farmers, the Maharashtra chief minister Devendra Fadnavis will meet senior government and co-operative bank officials and ministers on Wednesday in Mumbai. The state government had declared to provide Rs 10,000 as the initial loan to every farmer who failed to repay his debt. But after 16 district banks expressed their inability to disburse loan due to lack of fund, now Mr Fadnavis has decided to step in. The Asian Age had reported on June 16 that 16 district cooperative banks, which were to disburse initial loans, have written to the state government, saying they cannot do so because of inadequate funds.

The Asian Age had reported on June 16 that banks wrote to govt, saying that they wouldn’t be able to give loans.

But the sixteen district cooperative banks had written to the state’s co-operative department after receiving government resolution (GR). The banks had said that their ratio of debt is already huge and they don’t have money to disburse the loan. Interestingly, district banks from Mr Fadnavis’ district Nagpur and cooperative minister Subhash Deshmukh’s district Solapur had also said that they wouldn’t be able to provide loans.

The state government has started receiving feedbacks that farmers are feeling that they are being cheated by the government. Sources also confirmed that many local BJP leaders had conveyed the deep anguish within the farmers to the leadership. Mr Fadnavis has called meeting to solve the matter.