Environmentalists have slammed the move, saying that the civic body should turn down the tree-cutting proposal to save the green cover. 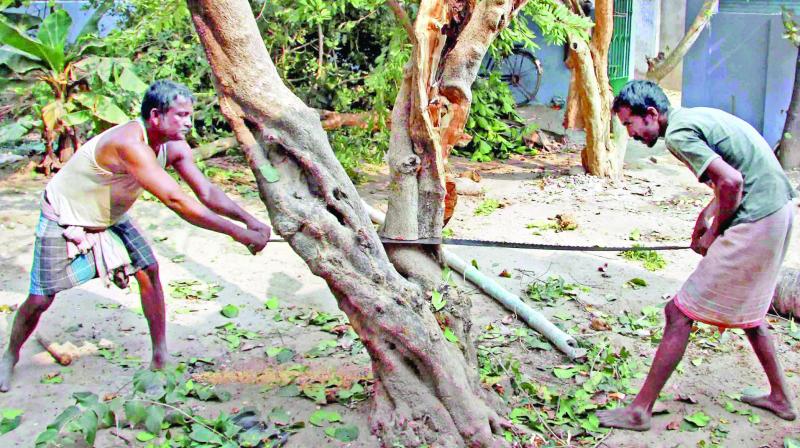 Mumbai: The Brihanmumbai Municipal Corporation (BMC), which first filed a complaint against the conglomerate Larsen and Toubro (L&T) for illegal tree cutting, has now decided to allow the company to cut and transplant 83 and 192 trees respectively for the construction of their proposed office building at Powai.

Environmentalists have slammed the move, saying that the civic body should turn down the tree-cutting proposal to save the green cover of Powai.

The proposal will be discussed in the BMC tree authority meeting on Wednesday. Despite repeated attempts, the L&T officials remained unavailable for comments.

According to the civic officials, there are 379 trees on the plots 86, 87, 112, 115 and 116 B, which fall in Tunga and Paspoli villages in Powai. The L&T has tabled a proposal, asking for the approval to cut 83 and transplant 192 trees and saying that the trees were obstacle in the construction of their proposed office building.

“When the S ward officials inspected the site earlier, they found that some of the trees have already been cut. The FIR has been filed against the company at the local police station for illegal tree cutting. However, in a letter sent to the civic body, the L&T later claimed that the contractor committed the mistake inadvertently.” said a senior civic official.

“The proposal to cut and transplant trees was sent to the civic legal department asking for its opinion on the matter. It has given its nod to accept the proposal even though a FIR has been filed against the company,” he added.

The activists have said the BMC should protect the green cover of Powai. “Trees are the lungs of Powai,” said environmentalist Elsie Gabriel.

According to the high Court directives, if a tree is hacked for the developmental projects, at least three trees will have to be planted at other places. The tree authority guidelines have made it mandatory for the developer to plant new and transplanted trees on the open space of the same plot.