Only 24 per cent govt vacancies filled in past 5 years: RTI

The information revealed that 2014 had the least percentage of job positions filled at 10 per cent. 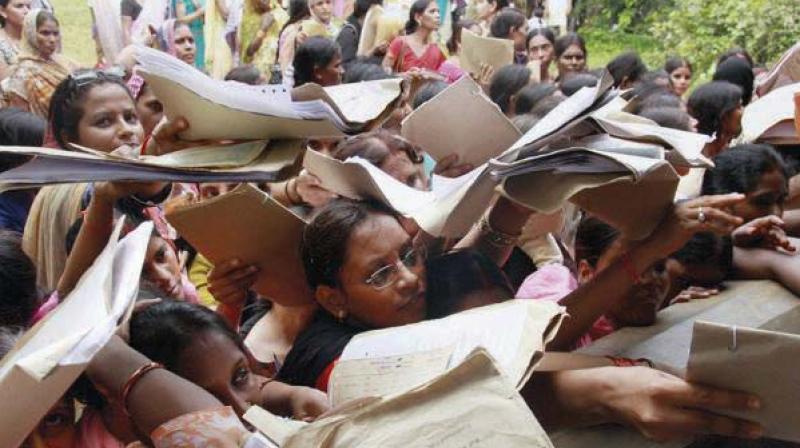 Mumbai: Only 8,23,107 positions (over 24 per cent) have got filled out of more than 33 lakh job vacancies in state over the last five years, according to a Right to Information (RTI) query.

The query was sought specifically for various agencies and institutions run by the state government. It was also stated that more than 35 lakh persons have registered themselves as ‘unemployed’ according to the Directorate of Skill Development, Employment and Entrepreneurship, state government.

RTI activist Shakeel Ahmed Shaikh sought information from the state government about employment generation and the number of unemployed persons registered in state from 2013 till 2019.