Metros   Mumbai  21 Apr 2017  Terror suspect had moved to Mumbai from UP
Metros, Mumbai

Terror suspect had moved to Mumbai from UP

Gulfam, who was picked up by the ATS along with a relative Ujefa Abrar, said their family had been staying in Mumbra for 15 years. 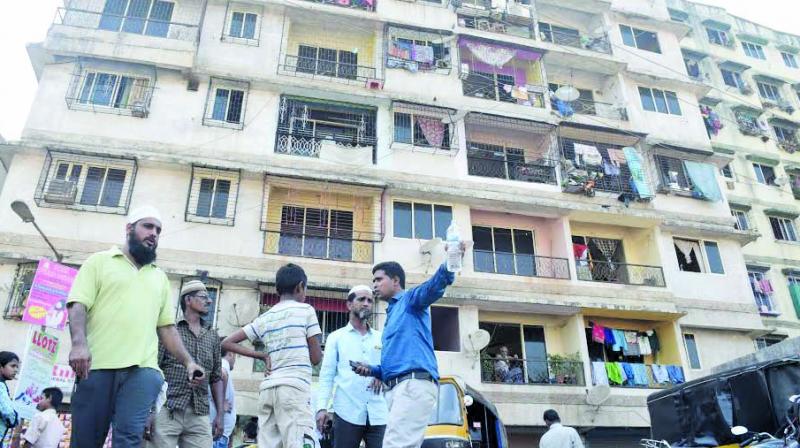 Mumbai: Nazim Shamshad Ahmed, 26, who was nabbed from Mumbra township in Thane district in a joint operation by Anti-Terrorism Squad teams of  UP and Mumbai in connection with a terror strike, moved from Bijnor in Uttar Pradesh to Thane a year ago.

Two others were arrested from Jalandhar and Bijnor in the joint operation.

Investigation revealed that Nazim stayed with his “friend”, Gulfam, at Samadhan building, Rashid Compound in Mumbra, and travelled to Mumbai frequently. Ahmed returned to Mumbra on April 5 after a trip to UP, said some neighbours.

Hours after Ahmed’s arrest and Gulfam’s detention, Irfan Shaikh, a friend of Gulfam’s, said: “Gulfam told me that his friend was very talented and came to Mumbai for work.”

Gulfam, who was picked up by the ATS along with a relative Ujefa Abrar, said their family had been staying in Mumbra for 15 years. He sold eggs and cold drinks to make a living. Neighbours described Gulfam as a “simple person”, and were taken by surprise by the ATS’ action.  “Gulfam didn’t even know about mobile phones or technology. I met him a year ago. Later his relative, Abrar, came from UP to stay with him and now on April 5 he said his friend Nazim has come to stay with him.”

Shabira Ahmad, a neighbor, said, “I stay on the ground floor of the building and see him every other day. I don’t think Gulfam is involved in this.”

ATS sources said, “Gulfam’s distant relative also lives in Mumbra with his family. Currently his statement is being recorded. Gulfam and Abrar are not involved in any terror activities so they will be out after few hours. Gulfam and Nazim knew each other since the last five years. He didn’t know about Nazim’s activity, but we will always keep an eye on their activity.”