According to a source in the Maharashtra ATS, officials from the UP ATS contacted them late last night. 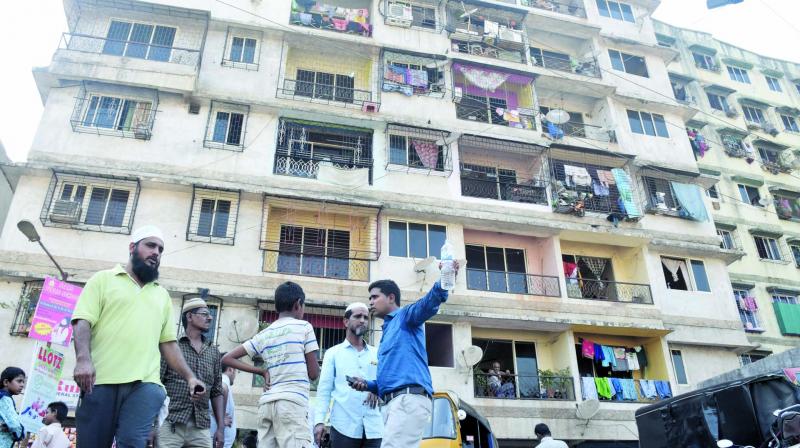 Mumbai: The Uttar Pradesh Anti-Terrorism Squad (ATS) in a joint operation with its Maharashtra counterpart arrested a person and detained two others after contacting the latter and telling it that an Islamic State (IS) terror suspect was hiding in Mumbra.

The UP ATS learnt of the arrested accused after it had grilled three arrested terror suspects in Bijnor, UP who revealed details about the Mumbra youth.

Sources in the ATS revealed that the youth arrested on Thursday, Nazim Shamshad Ahmed (26), is a suspected IS recruiter but are questioning him further. Ahmed will be taken to UP for further investigations on transit remand.

The Mumbra arrest was part of a multi-state counter-terror operation conducted on Thursday by several agencies in which four persons got arrested, including Ahmed, and six including the two in Mumbai have been detained for questioning.

According to a source in the Maharashtra ATS, officials from the UP ATS contacted them late last night. Following this, around 4 am, a team comprising both states’ ATS teams reached the house in Mumbra where Ahmed was staying with two people identified later as Gulfam and Ujefa Abrar alias Guddu. “We arrested Ahmed and detained the two others and are questioning them,” said an ATS official. He added that Ahmed was staying in Mumbra since over a year.

“He had moved from Bijnor and was sharing the flat with Gulfam who was settled in Mumbra. Ahmed is unemployed and was the leader of the terror module that has been busted. The UP ATS arrested three people and while questioning them it was revealed that Ahmed was the one who had recruited them,” he said. Although Ahmed was unemployed, a search of his belongings revealed that he was in possession of a sizeable amount of cash, which ATS officials refused to quantify.

“They were planning a terror activity in the state and we are questioning him to find out more about it. We also want to know how many others from the state or the city were involved,” said the source. The official added that Guddu had come to stay with Gulfam and Ahmed. “The third detainee is from Bijnor and allegedly knew Ahmed. We are trying to find out whether he was to be a part of their terror plan. We also want to find out whether Gulfam was involved,” he said.

This arrest in Mumbra is a part of raids conducted in five states including Delhi, Andhra Pradesh and Bihar. The raid spearheaded by UP ATS was after they learnt of a countrywide terror module. The UP ATS will take Ahmedto Lucknow after seeking a transit remand from Thane court.