Landlords of buildings under pagdi system can increase rent by 25 per cent in case of repair work. 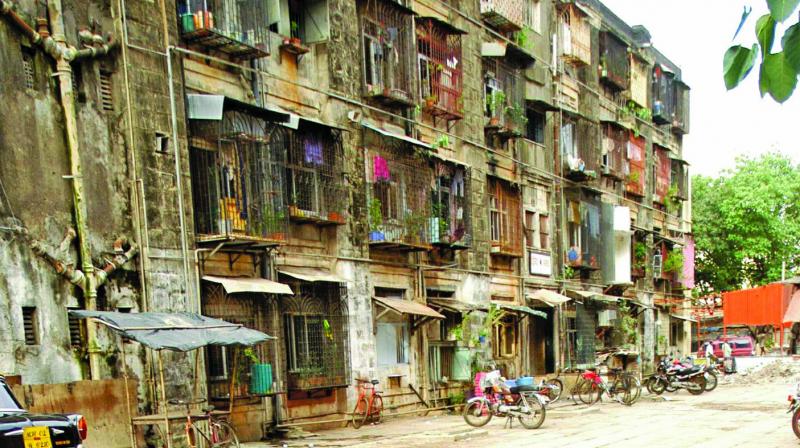 The move is likely to affect lakhs of tenants residing in old buildings of South Mumbai. (Photo: Asian Age)

Mumbai: The state housing department has proposed an increase in the rent for tenants residing in building under the pagdi system by amending the Maharashtra Rent control Act, 1999.

As per the amendment, the landlord will be allowed to increase the rent by 25 per cent if he or she carried out repair works.

The move is likely to affect lakhs of tenants residing in old buildings of South Mumbai. These tenants earlier too have opposed the amendment, citing it to be an anti-tenant.

Citing that they pay cess to Mhada’s repair board, the residents said, “Why should a tenant or landlord conduct repair work despite paying cess?”

The increase of rent would vary from 15 to 25 per cent per annum depending from case to case.

“Temporary increase in rent of premises by an addition to the rent, not exceeding 25 per cent of the standard rent on account of special or structural repairs,” reads the draft notification.

The notification further, reads, “When any such repairs are carried out for the benefit of premises in a building occupied by two or more tenants, the share of expenses should be borne by each of them.”

Mahendra Hemdev, the tenant of the pagdi system, residing at Marine Drive, said, “Hundreds of tenants in South Mumbai are carrying out repair works from their own pocket due to the reluctance of landlords.”

He also added, “There should be a clause of decrease of rent in case tenants carry the repair work.”

However, a landlord from South Mumbai, not wishing to be named, said, “Even if it is 25 per cent the amount is less as the rent paid by these tenants is very less.”

The pagdi system is an erstwhile system in the city where a tenant is the part owner of the house, and the rights of the land where the house is located belong to the landlord.

In case a tenant wants to sell the house, he or she will have to pay the premium of 33 per cent out of the total value of the house.