Earlier, police arrested 17 persons, including an AIMIM corporator Shahnawaz Sarfaraz Hussain, after a riot broke out in Cheeta Camp. 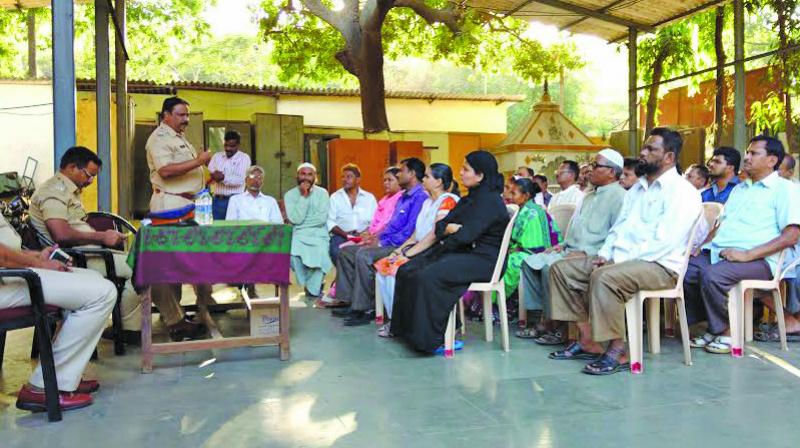 The police hold a peace meeting with residents.

Mumbai: The Trombay police on Monday arrested seven more persons for rioting in the intervening night of Saturday and Sunday, targeting the police and setting a van ablaze. The police said that the arrested accused were part of the mob that indulged in riot and arson, which left 15 policemen injured.

Several police teams are scanning through several amateur video clips that were shot by locals and onlookers in which a mob of around 150 persons were seen throwing glass bottles and paver blocks at the police station and vandalizing two police vehicles in the process.

The police have registered a case against 150 unidentified persons in the incident and more arrests are likely in the case, officials said. “We have arrested seven persons who were identified with the help of the videos and based on the statement of the earlier arrested accused. We are in the process of identifying more persons,” said a senior police officer.

Earlier, police arrested 17 persons, including an AIMIM corporator Shahnawaz Sarfaraz Hussain, after a riot broke out in Cheeta Camp area over a derogatory post on a social networking website by a 19-year-old local resident. The accused Arvind Dudhiya is a sweeper with the Navi Mumbai Municipal Corporation and he was arrested for posting the controversial picture as his display image.

The police arrested Dudhiya but the rioters allegedly wanted the police to hand him over to them. After the rioting started at around 12.45 am, police had to resort to firing rubber bullets, teargas shells and baton charge to clear the mob. Hussain was arrested for leading mob.