On Tuesday morning, during her 17-minute-long speech, she praised the diversity in India and highlighted solutions. 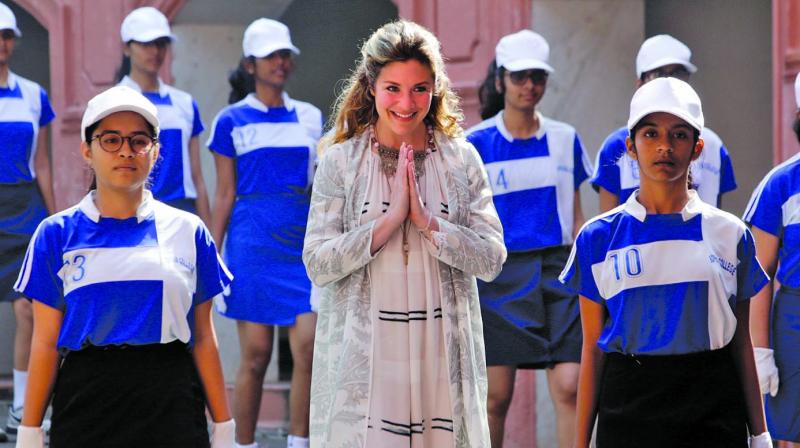 Mumbai: The wife of Canadian Prime Minister Justin Trudeau, Sophie on Tuesday called for an end to gender disparity, saying that the world has suffered a lot due to inequality between men and women. All sections of the society should “stand up together” to eliminate gender disparity from the world, Sophie Gregoire Trudeau said at Sophia College for Women in South Mumbai.

“Misconceptions have led to many sufferings. It is a misogynist belief that girls are lesser than boys,” she said. The 42-year-old former television host and women’s rights activist is accompanying her husband on an eight-day visit to India.

On Tuesday morning, during her 17-minute-long speech, she praised the diversity in India and highlighted solutions for the key issue of gender equality. Speaking about the anti-feminist attitude of people, she said, “Being able to acknowledge the true value of women is not a sign of weakness, but strength. A man has full potential to become strong, courageous and fearless but (he) also has the same potential to become tender and compassionate.”

She further added, “The fight for eliminating inequality does not mean pitting one gender against the other.” She added, “rather men are our allies.”

Appealing to women to stand up and speak against the discrimination they face, she said, “We must open up, we must let the truth rise. Because by sharing the stories of suffering, we can move as a hero.” “Moreover, as women, we must unite and help each other, and it works,” the Canadian Prime Minis-ter’s wife said.