According to the mangrove cell, there have been regular cases of dumping of construction material in Malvani’s mangroves. 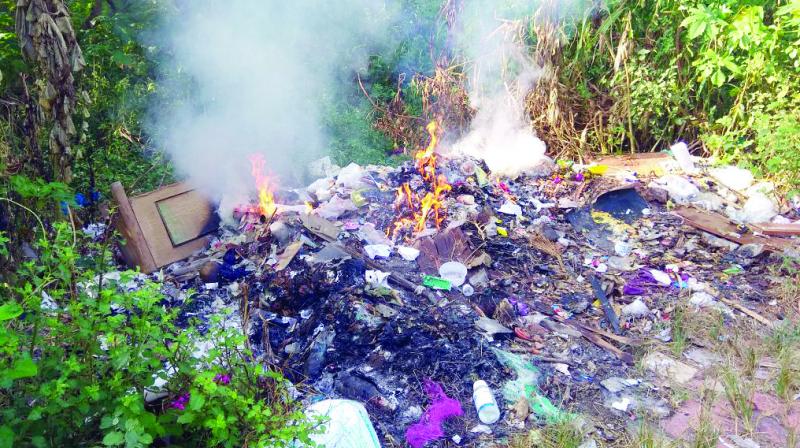 The mangrove spot in Malvani where the BMC workers have been burning garbage collected from roads.

Mumbai: The state mangrove cell made its first seizure of the year on Thursday when a tempo full of debris was intercepted before the waste could be dumped in the Malvani mangroves. The cell has registered a complaint against the miscreants and will be penalising them too. This was the first seizure that was carried out by the armed security guards that have been deployed in mangrove areas by the cell to keep a check on illegal encroachments.

According to the mangrove cell, there have been regular cases of dumping of construction material in Malvani’s mangroves. “Last year, we had seized three trucks that were caught dumping debris in the area. Earlier it used to go unchecked also, however with the deployment of security guards, there is a round-the-clock supervision in such areas,” said Makarand Ghodke, assistant conservator of forests, state mangrove cell.

The Asian Age had earlier reported that the mangrove cell was expediting the deployment of around 100 security guards from the State Security Corporation. The process was completed this month.