Will rap bureaucrats who bought land along Samriddhi: Devendra Fadnavis

Mr Shinde said that the government has distributed Rs 2,300 crore to farmers who gave their land for the project. 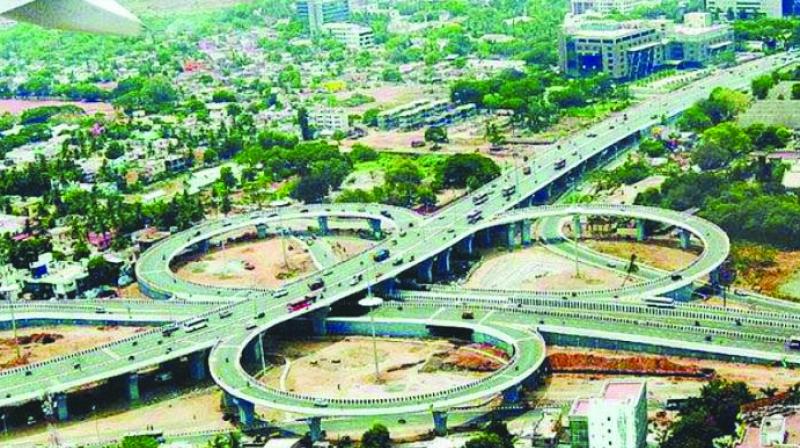 The cost of the Mumbai-Nagpur Samriddhi expressway is approximately Rs 46,000 crore.

Nagpur: Chief minister Devendra Fadnavis said in the council on Tuesday that his government would take strict action against government officers, who held land near the proposed Mumbai-Nagpur Samriddhi Mahamarg expressway.

The CM in his written reply, said, "There was no wrong found…where we can say that officers have bought land by roadside. But, if the opposition has any proof against them, they should give it to us. We will investigate and take action."

MSRDC minister Eknath Shinde also said that there would not be forceful land acquisition for the project. "Around 45 per cent land is acquired till now. Almost 58 per cent of the people have given it in written. The land measurement work in 380 villages out of 392 is completed," said Mr Shinde.

Congress MLC Husnbanu Khalife has raised the question. "There are allegations against few officers who have bought huge land on the road side of Samriddhi Mahamarg. If this is true then it is shocking," Ms Khalife said. The CM denied any such thing saying that it has not come to the notice of state government. Maharashtra State Road Development Corporation (MSRDC) minister Mr Shinde also denied the allegations.

Opposition leader Dhananjay Munde intervened during debate and asked about FIRs being lodged against protesters. "Is it true that Baban Harne who is leading the agitation against land acquisition for the project is being harassed by police?" he asked. Mr Shinde clarified that complaint against Mr Harne is not for protest. "He was booked for buying land from farmers in cheap rates," Mr Shinde said.

The 705-km Samriddhi Mahamarg is CM Fadnavis's pet project connecting Mumbai to Nagpur. The project costs approximately Rs 46,000 crore of Rs 36,000 crore will come as debt from a South Korean bank. Mr Shinde said that the government has distributed Rs 2,300 crore to farmers who gave their land for the project.