Experts feel that the undertaking should look at the rent idea as an experiment to figure out if it would work or not. 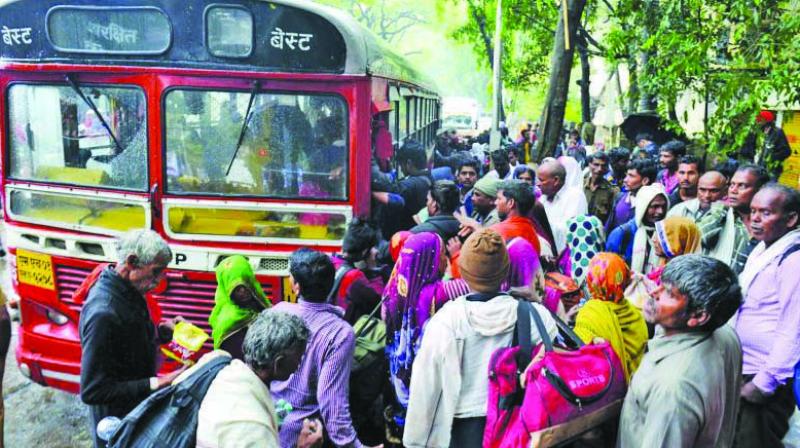 People lining up for the bus during rush hours.

Mumbai: Ashok Datar, who has been writing and advocating the cause of dedicated bus lanes in order to increase BEST’s punctuality and popularity, has said that that the issue of the BEST’s wet leasing of buses should be looked into with an open mind.

“I think that the BEST should look at it as an experiment and see if it works out or out.” He further added, “For example, if commuters do take to the service and the undertaking does see a profit, then nothing like it. But the undertaking should revoke the proposal if they see that it is not working out.”

According to another BEST official, it is being proposed to lease the buses for seven years as that’s how long it would for the undertaking to earn profit and recover the loss earned by the old stock. The new buses are expected to be run on popular routes, as well as long distance in the Mumbai Metropolitan Region (MMR).