The committee report stated that the child, if born, would have possibly the risk of mental retardation, which cannot be quantified at the present. 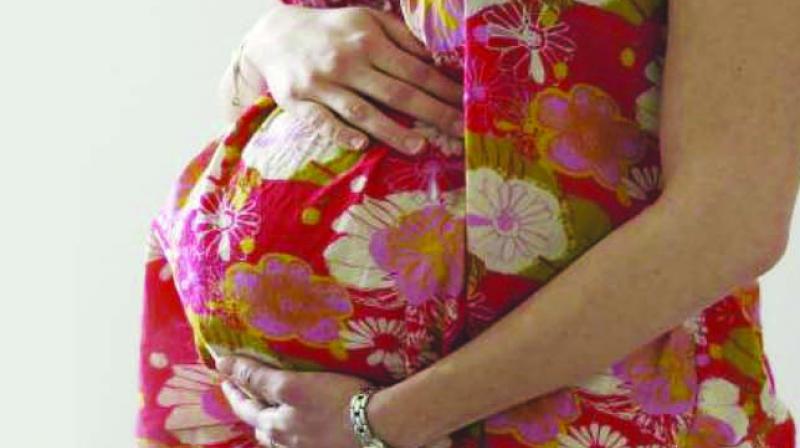 The HC passed the order after perusing the report of an expert doctors committee of KEM Hospital. (Representational Image)

Mumbai: The Bombay high court has granted permission to a Thane-based married woman to terminate her 22-week-old foetus, which has various incurable neurological complications. The HC passed the order after perusing the report of an expert doctors’ committee of KEM Hospital.

A division bench of Justice Shantanu Kemkar and Justice Rajesh Ketkar was hearing a petition filed by a woman who lives in Thane. On December 13 she had approached the HC seeking permission to terminate her pregnancy. The petition stated that the foetus is suffering from various infirmities and she also submitted a certificate from Nanavati Super Speciality Hospital to corroborate her claim.

The committee report stated that the child, if born, would have possibly the risk of mental retardation, which cannot be quantified at the present.

The report further stated that termination of pregnancy might have substantial physical risks for the patient. The court noted that as per its last order medical committee had done counselling to the petitioner and her family members however, petitioner has expressed her willingness to take the risk. The HC made it clear that the “Medical Board, which has examined the petitioner as per our directions will not be held liable for submitting the report and they will not held liable for any litigation.”

The court also said that the petitioner has been made aware about the risk involved in carrying out the medical termination of pregnancy at this stage. After perusing the report the court has allowed petitioner to terminate her pregnancy and directed her to remain present in the KEM hospital on December 19.

During the hearing, the petitioner had placed various orders passed by the Supreme Court and recent orders of the HC.  The committee included head of the department of gynaecology, paediatric cardiac surgeon, radiology and psychology.