Flashback: 259 AC buses went off road due to financial crisis

The AC buses had a very limited patronage with a mere 100 passengers availing the service in a day. 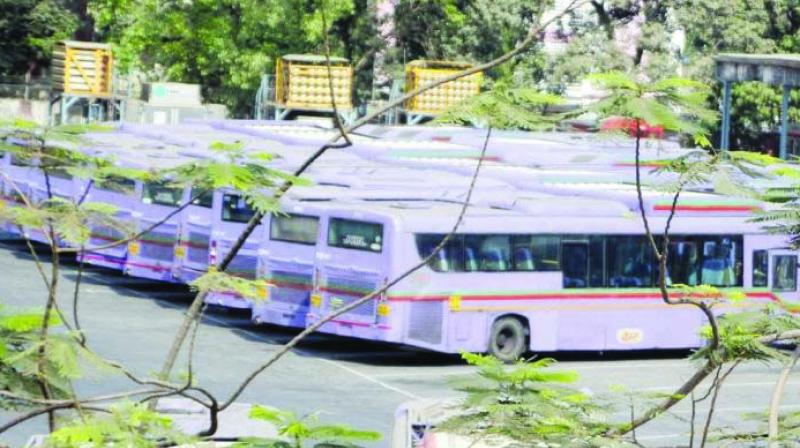 Mumbai: This April, Brihanmumbai Electric Supply and Transport (BEST) took off over 259 air-conditioned buses off the roads on grounds that they were too expensive to be maintained, though other transport authorities, like in Kalyan and Navi Mumbai, AC buses are being maintained and run.

After the undertaking decided to shelve the buses, they can be seen gathering dust in 26 depots across the city with the worst scenarios at Tardeo, Malad and Wadala.

The buses were purchased at Rs 65 lakh each and had been a cause of concern, as they were known for breaking down, roof leakage and issues regarding CNG leading to fire in the engine.

The AC buses had a very limited patronage with a mere 100 passengers availing the service in a day.

The BEST had seen almost Rs 590 crore losses in the previous year and it largely contributed to the decision of shelving the buses.

The announcement was also seen as a confirmation of the mistake made when the decision to buy these was undertaken.

The BEST had said that the new proposal to wet lease is a mid way in providing an AC bus to its commuters and not incurring the huge losses that go with running the busses. The undertaking will allow it’s current drivers and conductors to run these new buses.