Mr Ambedkar suggested that the Centre should pass a bill allowing the state to extend the reservation quota up to 70 per cent. 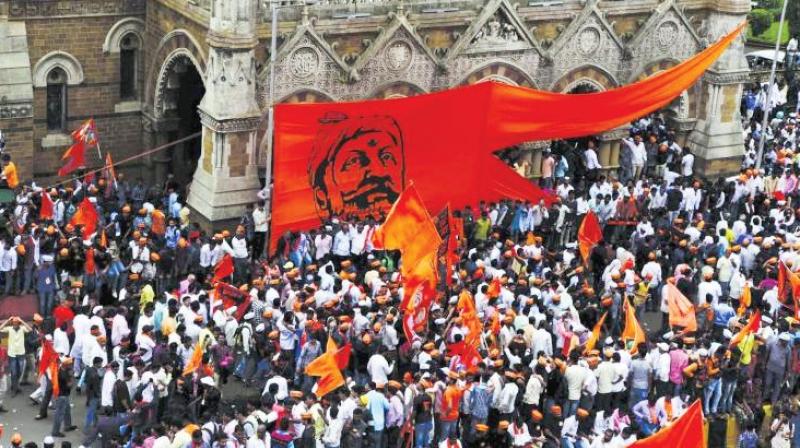 Mr Ambedkar claimed that the state does not have the right to provide reservation beyond 50 per cent.

Mumbai: Bharip Bahujan Mahasangh (BBM) leader Prakash Ambedkar has said that the reservation quota in  the state should be extended to 70 per cent to accommodate the Maratha community. He claimed that the state does not have the right to provide reservation beyond 50 per cent, a limit set by the Supreme Court, without the Centre’s nod.

Mr Ambedkar suggested that the Centre should pass a bill allowing the state to extend the reservation quota up to 70 per cent. To provide reservation to the Maratha community, the state government not only has to ‘consult’ with the National Commission for Back-ward Classes (NCBC) but also have to justify the Gaikwad commission re-port of terming Maratha as a socially backward class, he said.

“The earlier State Backward Classes Com-mission headed by reti-red judges R.M. Bapat or B.P. Saraf have reported differently. So how would the state justify or convince the NCBC while earlier commission rep-orts were not favou-rable?” he asked.

Chief minister Deve-ndra Fadnavis on Sunday said the state government would provide quota to Marathas as a “social and educationally backward class.” The decision was taken based on the report and recommendations of the State Commission for Back-ward Classes. The commission was set up in 2016 in the wake of growing Maratha demands for a quota.

The state has claimed Marathas would get a separate quota for ‘Socia-lly And Educationally Backward Class’, but the same quota exists under the Other Backward Cla-sses (OBC) and special backward class (SBC), said Mr Ambedkar.

“After the state ann-ounced reservation for Marathas, the OBCs have started mobilising.

In this backdrop, it should be ensured that it would not lead to a conflict of Marathas with other communities, he added.