Dr Ambedkar wants RSS to declare its source of income. 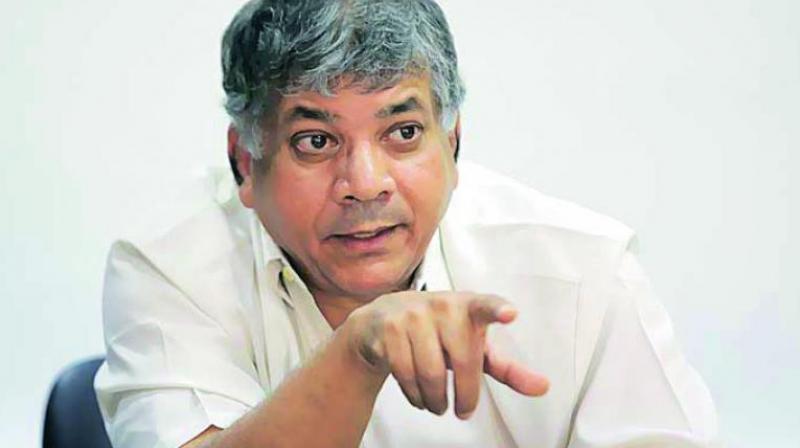 Mumbai: In the backdrop of Prime Minister Narendra Modi’s “surgical attack” on black money, Bharip Bahujan Mahasangh leader Prakash Ambedkar has raised questions on how the Rashtriya Swayamsevak Sangh (RSS), a non-registered body will convert its donations received in Rs 500 and Rs 1,000 denomination notes after the Centre’s demonetisations move. However, the RSS claimed that its various registered bodies collected the donations. The saffron party also said that they would also file taxes for the same.

Dr B.R. Ambedkar’s grandson Dr Prakash Ambedkar has questioned the PM about how RSS will account for its donations received from the swayamsevak. He pointed out that the RSS is neither a political party registered with the election commission of India nor is it a registered non-governmental organisation (NGO) or trust registered with the charity commissioner.

Dr Ambedkar, who is also president of the Bhartiya Republican Party- Bahujan Maha Sangh (BBMS) wants RSS to declare its source of income. “I have information that RSS receives Rs 750 crore every year from swayamsevaks (volunteers) during Dussehra and Gurupujan. The PM announced demonetisations on November 8, after Diwali. Hence, the RSS should explain about disposal of the huge donations and where has the money gone,” Dr Ambedkar said.

Rubbishing BBMS leader’s claims, RSS’ Konkan Prant Pracharak Pramod Bapat said, “Each and every office and shakha of RSS is run by various trusts registered with the charity commissioner Each shakha pays tax too if the guru dakshina amount surpasses the amount liable for tax.”

Another RSS functionary on the condition of anonymity said that the RSS conducts Gurupujan programme around Gurupournima in July-Auguest every year where swayamsevaks, irrespective of their rank, donate cash in front of the Bhagwa Dhwaj  (saffron flag), which is their “Guru”. “Volunteers are expected to donate about 1/10 of their annual income at such programmes. For the past 10-15 years, cash above Rs 5,000 is collected via cheque to instil transparency,” the source said.

The saffron party sevak also mentioned that much of the sum collected is used locally for the travel expenses of the pracharaks.