Give martyr status to 40 who died in queues: Shiv Sena 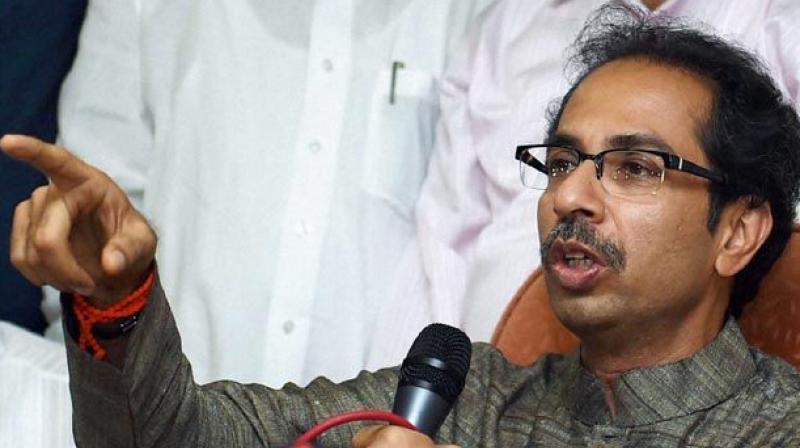 Mumbai: It is not just Congress leader Ghulam Nabi Azad, but NDA constituent Shiv Sena has also drawn comparison between deaths in the Uri terror attack and the deaths that have taken place allegedly owing to the demonetisation of high value currencies. In fact, the Shiv Sena has gone a step ahead and termed the Narendra Modi led government “the attacker” responsible for “over 40 martyrs of demonetisation attack”.

“Will Azad’s apology change the truth?  In the Uri attack, 20 jawans were martyred. Due to the demonetisation, 40 brave patriots have lost their lives (while standing in queues at banks to exchange demonetised notes). Is their sacrifice not equivalent to Uri attacks martyrs? Because right from the Prime Minister to other political leaders are labelling the people standing in the queues as patriots,” the Sena said in the mouthpiece Saamana.

The Sena has further said that the government cannot ignore the 40 deaths and memorials should be built in their names to inspire others. “How can we just ignore the 40 martyrs? The government should declare at least `50 lakh for their families and they should be given the status of freedom fighters,” it added.

The Sena slammed the government over labelling those standing in queues as patriots, and quipping that it will have to declare the entire country a martyr at this rate. “Even if the number of deaths caused by inflation, recession and unemployment rises from 40 to 40 lakh, this government will say they are victims of patriotism. We only hope that going by this rate, a time will come wherein we have to declare the entire country as a martyr,” the Sena said.

Parliament was stalled for the last two days due to ruckus caused by charges and counter charges by the ruling NDA and the Opposition over the demonetisation decision.

The Sena has been unrelenting in its attack on the Centre over the issue and had even joined the opposition delegation led by Trinamul Congress chief and West Bengal chief minister Mamata Banerjee to the President against the decision. Two days ago, Union home minister Rajnath Singh telephoned Sena chief Uddhav Thackeray to pacify him over the issue.