Meenakshi’s uterus had become non-functional and so she underwent uterus transplant from her mother. 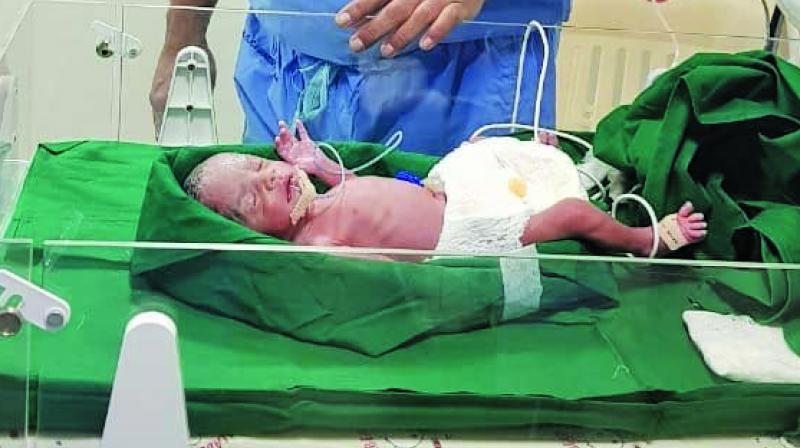 Meenakshi Valand (28), a resident of Vadodara in Gujarat, underwent a uterus transplant in May 2017. Meenakshi’s mother donated her uterus to her daughter, whose uterus had become non-functional following miscarriages.

Ms Meenakshi was kept under observation for a few months after the transplant. She was sent back home after her health showed improvement. When she experienced her first menstrual cycle, she returned to Pune. In March this year, the embryo was transferred to her new uterus. After 31 weeks and five days (over seven months), Ms Meenakshi prematurely underwent a caesarean section.

Dr Shailesh Puntambekar spoke to this newspaper after performing the C-section. “This is the first baby in India and twelfth in the world to be born through a uterus transplant. Nine such babies were born in Sweden, two in the United States, and now this is the first one in all of Asia,” he said.

Apparently, he did not charge a penny for the complete procedure which costs crores of rupees. He reiterated that India made it happen. Today, the eyes of the whole world’s medical fraternity are peeled on this case and Dr Puntambekar, who made India and Asia proud.