The civic officials will be authorised to file police complaint against hawkers. 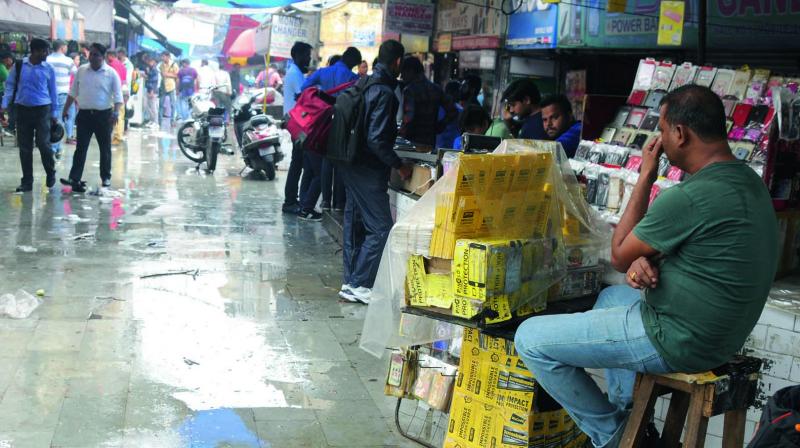 A total of 192 civic employees will work in the ward squads. (Representational image)

Mumbai: To take action against illegal hawkers after office hours, the Brihanmumbai Municipal Corporation (BMC) has decided to form special ward-wise squads, which will work till late in the night and conduct surprise raids on them.

According to civic officials, despite repeatedly taking action against illegal hawkers, the civic body had received several complaints that they are operating till late in the night after the municipal office hours are over. To take action against them, civic chief Ajoy Mehta had directed to form special squad in each of 24 wards in the city. Each squad will have eight civic employees and labourers. Accordingly, 192 employees will work in these 24 squads, said civic officials.

These squads have been asked to take action against illegal hawkers in the vicinity of railway stations on priority basis. In addition to this, every Thursday, ward-wise squads of seven wards will be brought together to take rapid action in that zone,” said deputy municipal commissioner Ranjit Dhakne of encroachment removal department.

Civic officials said that after office hours are over, illegal food vendors and hawkers are found to be operating near railway stations on roads and pavements till late night. Apart from causing inconvenience to commuters and motorists, the sub-standard food items they were serving were also posing a threat to public health, officials said.

“While taking action against them, we will try to provide them (the civic officials) police protection. In addition to this, they have also been authorised to file police complaint against illegal hawkers, if they are found with gas cylinders and rockel stoves,” said Mr Dhakne.