The HC has continued its interim stay on night work of Metro-3 line for two weeks. 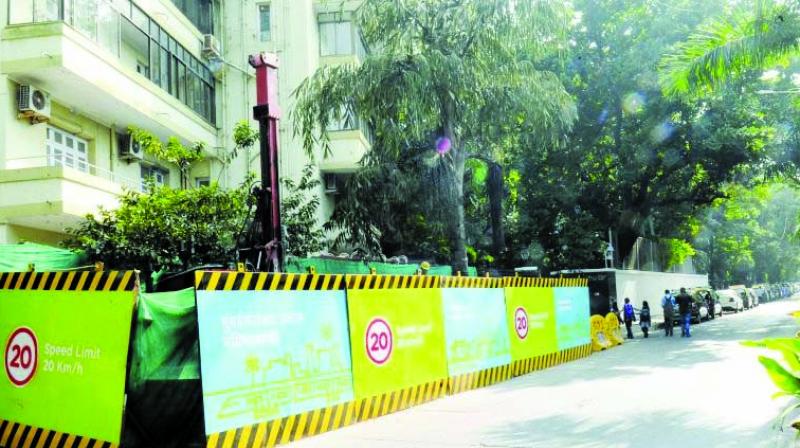 Mumbai: The Bombay high court on Tuesday refused to allow heavy machinery and heavy vehicles at construction site of Metro-3 lines in south Mumbai at night. The MMRCL had sought the court’s permission to bring heavy vehicles to the construction sites in South Mumbai during the night hours to transport construction material and debris. While refusing to grant the permission, the court said, “There is so much of noise during the day time. Human beings need at least six to seven hour peaceful sleep at night, therefore, we are not ready to change our earlier order.”

MMRCL counsel Kiran Bhagalia told the court the Mumbai traffic police bans heavy vehicles in South Mumbai from 7 am till midnight therefore MMRCL is facing problems in carrying out construction activities. She further said that MMRCL’s first round of work gets over by 5 pm. “We need to bring additional construction material to the site. Hence, we are seeking permission to use our vehicles sometimes at night,” she said.

The HC asked MMRCL to schedule its work in such a manner that it doesn’t need to ply heavy vehicles after 1 pm.