Dwivedi said, “I am a victim of the system. I have lost nine years of my life and even after securing bail today, I cannot say that I am happy.” 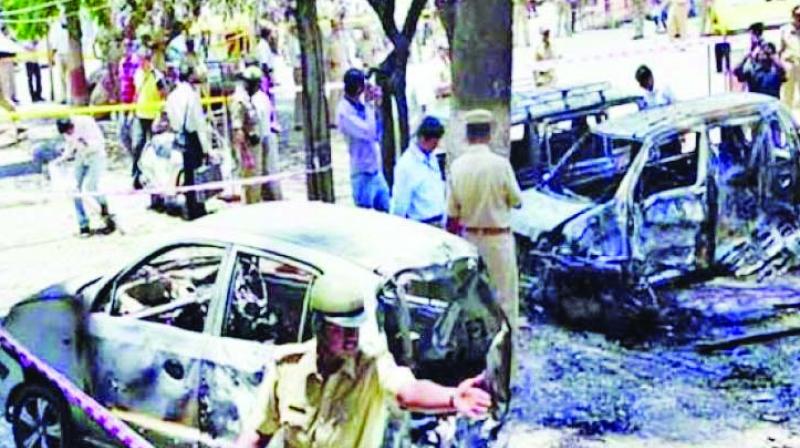 The duo was granted bail on grounds that NIA had recommended dropping of MCOCA against the accused, confessions extracted from the accused under provisions of law could not be relied on, and in the absence of such material, the accused could not be denied bail.

Special judge Shripad Tekale in his order observed that nowhere was the case of the prosecution that Dwivedi was carrying RDX, participated in preparing the bomb, wanted accused Ramchandra Kanlsangra and Sandeep Dange were Dwivedi’s men, or that the motorcycle used in the blast belonged to him.

According to the judge, if all these overt acts were excluded from the consideration, certainly mere discussion in the meeting fell short to say that bail could not be granted to Dwivedi and Chaturvedi.

Dwivedi said, “I am a victim of the system. I have lost nine years of my life and even after securing bail today, I cannot say that I am happy.”

Chaturvedi’s lawyer Snajeev Punalekar said, “The issue of planting RDX at Chaturvedi’s house is not at its logical end. Real justice will happen only when those officers who planted the RDX will be punished.”