CR infrastructure needs updation, but will cause chaos

CR divisional railway manager Ravindra Goyal said, “We are trying to run the services in the best way possible.” 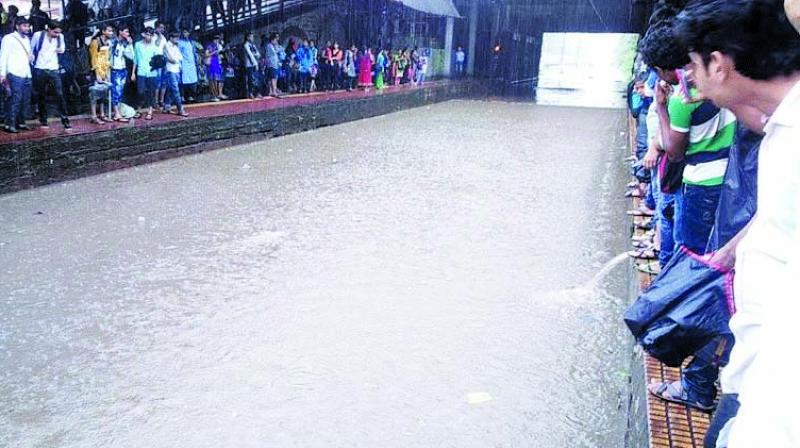 Mumbai: With heavy showers predicted over the next few days, the city’s local trains, particularly the Central Railway (CR) stands the risk of being affected if the rail tracks get submerged under 50 mm rains. The CR line is prone to waterlogging due to its low-lying topography between Chhatrapati Shivaji Maharaj Terminus (CSMT) and Dadar, which often leads to suspension of services after a downpour. Elevating the track level would be a mammoth task, said sources. CR divisional railway manager Ravindra Goyal said, “We are trying to run the services in the best way possible.”

On August 29, the 344 mm rainfall had brought trains across the city to a halt. In the wake of which, the CR and the Western Railway (WR) employees had to put in an extra 50 man hours over five days to get the system up and running to its full capacity.

There is an urgent need to update the infrastructure, but officials have said that even if the money and political will from the state come in, it would mean that the railways will have to shut its services for a while, which would be chaotic for the public.

“According to our safety procedures, if the water rises above 50 mm, we shut the services but this cannot be applied to the saucer-section as water-logging above that level is very common in that section,” he added.

Both the Mumbai Rail Vikas Corp-oration (MRVC) and the CR had suggested a diversion in the track, backing it up with the last five years of travelling patterns that showed an increase in footfall into the suburbs.