The agency stressed on the sensitivity of the case and the risk it posed to important witnesses. 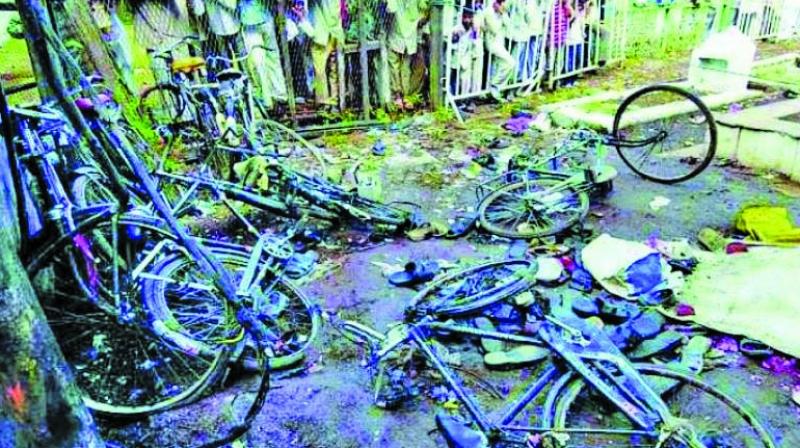 Mumbai: The National Investigation Agency (NIA) has opposed an intervention application filed by journalists against in-camera trial in the 2008 Malegaon blast case on grounds that they have no locus standi to interfere in the trial and that their application is only meant to delay proceedings. The agency stressed on the sensitivity of the case and the risk it posed to important witnesses.

The NIA refuted the media claim that the HC had not asked it to conduct in-camera trial of sensitive and important witnesses. The NIA stated that during hearing of an application filed by accused Prasad Purohit for truncated statement of a sensitive witness, the division bench of Justice I.M. Mohanty and Justice A.M. Badar asked the agency whether or not it was planning to conduct in-camera trial. The NIA also refuted claims of having made an application on vague grounds of general public interest and communal harmony.

“The sensitivity of this case is known to everyone, especially to the journalists, as the allegations against the accused in this case are that they have committed the offence of taking revenge on Muslim Jihadi activities and creating a rift between the two communities. As per the prosecution, Malegaon was chosen for orchestrating a bomb blast because it is a Muslim dominated area. In view of the above mentioned background, for maintaining harmony in society and security of witnesses, it is necessary to conduct in-camera hearing,” the application stated.

In support of having an in-camera trial, the NIA stated that during filing of charge sheets, the NIA and ATS had informed the trial court about truncated statements and names of witnesses. While leaving the decision to the special court, the NIA made it clear that as per the UAPA Act and NIA Act, it was the court’s discretion to keep the identity of witnesses a secret.