Metros   Mumbai  20 Aug 2019  Maharashtra has most hotspots of SO2: Greenpeace
Metros, Mumbai

Maharashtra has most hotspots of SO2: Greenpeace

Mumbai is the second highest emitter of SO2 among mega-cites in India, next only to Chennai in Tamil Nadu. 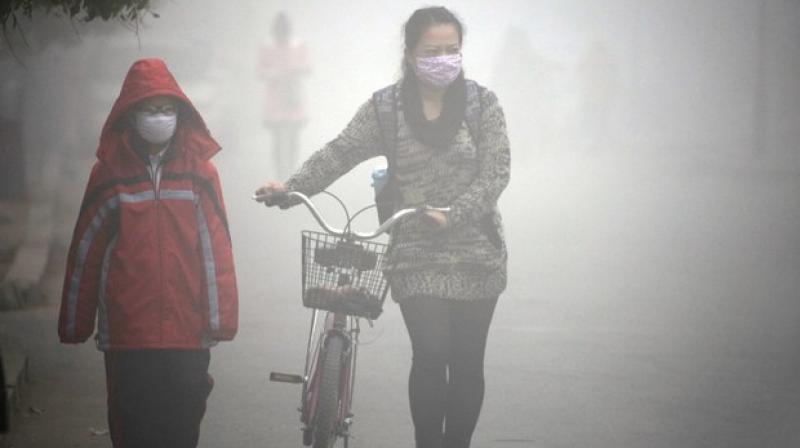 Maharashtra has seven hotspots of sulphur dioxide gas (SO2) emissions, the highest in the country, according to a latest study. (Photo: AFP)

Mumbai: Maharashtra has seven hotspots of sulphur dioxide gas (SO2) emissions, the highest in the country, according to a latest study.

A Greenpeace India report, based on the data provided by NASA, has named Chandrapur, Koradi, Mumbai, Nashik, Akola, Bhusawal and Parli as hotspots of SO2 emission in the state.

While Chandrapur has topped the list in the state, Mumbai is the second highest emitter of SO2 among mega-cites in India, next only to Chennai, the report noted.

Experts have raised concerns over these emissions, as it leads to formation of PM2.5 pollutants. They have also stated that coal power plants and oil & gas corporations are major sources of pollution in the state. SO2  is released while burning materials that contain sulfur, which is found in coal and oil.

"The coal plants in these seven areas are operating without flue-gas desulfurisation - the technology used to reduce pollution from SO2. Earlier the MoEF had made it compulsory for all power plants to install this technology. However, the deadline was later extended to 2022," said Sunil Dahiya, senior campaigner of Greenpeace India.
The international NGO has also urged authorities to focus on long-term measures for curbing air pollution, which includes stopping new investments into coal power plants and promoting renewable energy.

"As per the National Clean Air Programme, it was found that Maharashtra has highest number of cities in India with PM2.5 emissions. Even in Mumbai, these emissions have increased over the years. SO2 can further aggravate the crisis as it produces PM2.5 after reacting with other air pollutants," he added.

PM2.5 pollutants are so small —  with diameter of less than 2.5 micrometers, which is about 3 per cent the diameter of a human hair — that they can penetrate deeper into our organs, causing dementia, fertility problems, reduced intelligence as well as heart and lung disease.