Fadnavis said that demarcation of the Koliwadas would be accelerated. 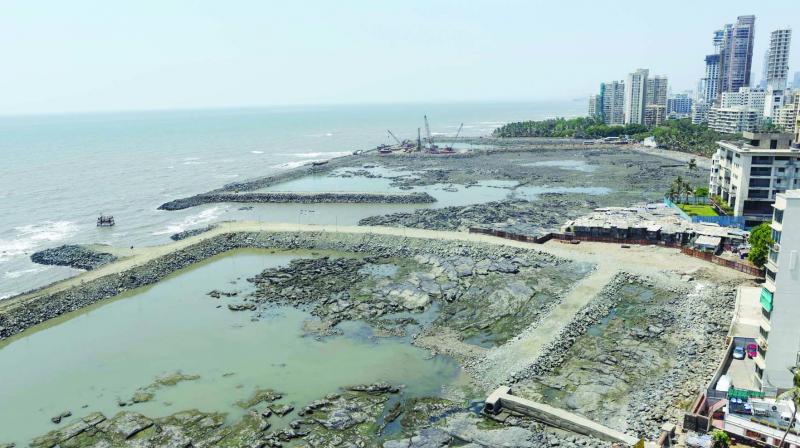 Projects costing over Rs 100 crores would get their legal issues resolved in a time-bound manner.

Mumbai: The people affected by the coastal road project will get compensation as per the agreement between the Mumbai Trans Harbour Link (MTHL) and fishermen decided by a tribunal, chief minister Devendra Fadnavis said at a council meeting Wednesday. He also mentioned that the government will change the law to stop escalation of project costs. Projects costing over Rs 100 crores would get their legal issues resolved in a time-bound manner.

The CM further said that the people affected by the Bandra-Worli Sea Link project would be compensated and rehabilitated as per the MTHL tribunal’s instruction. He said that demarcation of the Koliwadas would be accelerated.

MLC Rahul Narvekar rai-sed the issue in the Leg-islative Council Wednesday, saying that many projects were delayed due to various reasons leading to escalation of costs. It was MLC Anant Gadgil who initially asked the question about Project Affected People.

In reply, Mr Fadnavis admitted that due to PILs and pending cases, the duration and cost of projects increased. A case in point was the Roll on roll off (RoRo) project in which the tender winner could not supply the vessel within the stipulated time and the government had to scrap the tender and reissue fresh tenders, he said.

When the tender winner was ready to supply the vessel, the previous bidder filed the case. He also mentioned that it took time in getting the required permissions for the underground metro project (metro 3, Colaba-Bandra-SEEPZ corridor), which resulted in the cost of the project increasing by Rs 1,000 crore.